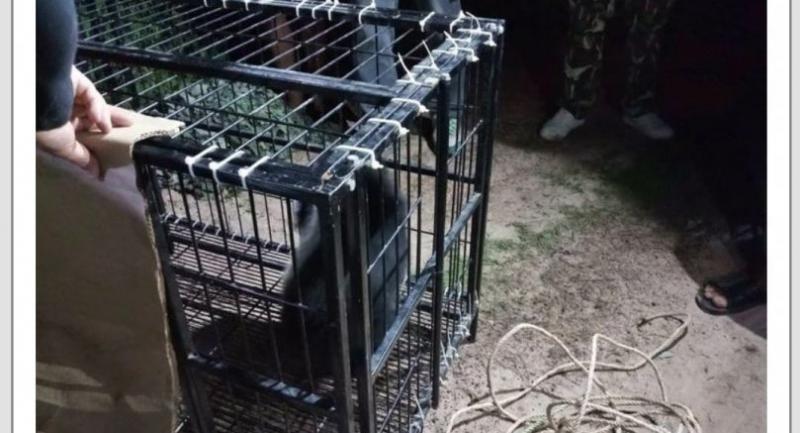 Two large Asian bears evaded capture on Saturday when more than 100 officials and volunteers mounted a hunt in Prachin Buri, but their cub was already behind bars.

The adult bears, each estimated to weigh more than 100 kilograms, had become a nuisance in the local fruit orchards.

The cub was captured on October 2 after being spotted in a tree near Khao Yai National Park. A year or two old and weighing between 10 and 15 kilos, it’s currently in the care of a wildlife conservation unit, waiting to be reunited with his parents if they can be rounded up.

The bear family would then be released together deep in the forest.

The adults were seen at about 11am on Saturday.

“I heard dogs barking in a banana orchard in my neighbourhood, so I went to check and found was a big bear sleeping,” said Manop Konsantat, 49.

He ran to alert kamnan Attaros Chanchai, who owns the orchard, and Attaros assembled a posse.

“When we got close to the bears, they roared threateningly,” Attaros said.

Muang Prachin Buri district chief Norraseth Sritapasso said several four-wheel-drive vehicles formed a circle around the bears to try and hem them in so they could be anaesthetised.

“But after a few hours, the bears burst out of their hidden corner and sped away,” he said.

Even with reinforcements called in, the pursuit failed.

“We had to call it off because it could be dangerous encountering them at night,” Norraseth said.