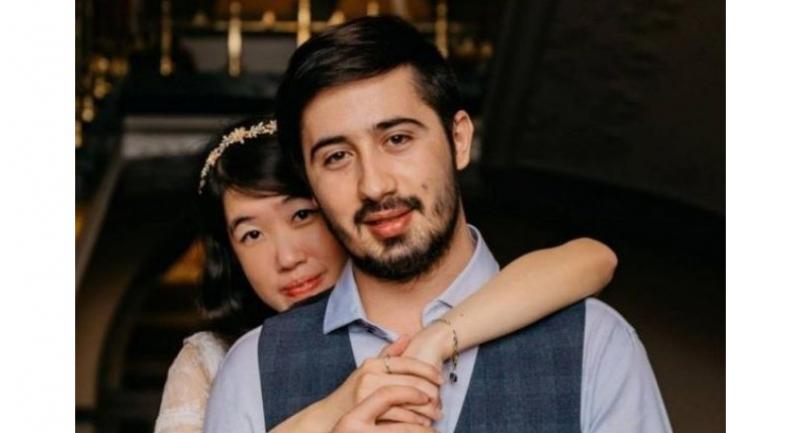 Cheryl Yap Lay Leng and Alexandru Donea had been in a longdistance relationship for more than two years before meeting for the first time in February 2016.//PHOTO: FACEBOOK/CHERYL YAP LAYLENG

SINGAPORE - It was an online romance that took a dramatic turn with what seemed to be the mysterious disappearance of a Singaporean woman and her mother in Romania.

But the story which gripped the attention of many has taken a heartwarming turn.

In February 2016, Cheryl Yap Lay Leng, 27, and her mother, Foo Li Kheng, 63, were reported by her father to be missing for more than 10 days, which resulted in the Singapore Ministry of Foreign Affairs asking the Romanian authorities for help.

Yap, who had not been informed about their trip, was worried they had been victims of a scam and feared the worst.

"After five years of struggling to be together, we have finally made the biggest step towards our future," said Donea in a Facebook post on Sept 27 titled #ForeverTogether.

They had been in a long-distance relationship for more than two years before meeting for the first time in February 2016, reported Chinese newspaper Shin Min Daily News.

In Donea's post are also photos of their wedding, which appears to have been held at City Hall Square in Copenhagen, Denmark, based on a location tag.

On Donea's other Facebook account, which seems to be manga-inspired, he wrote on Sept 28: "Starting today, Cheryl and I are officially husband and wife. Achievement unlocked. #GotMarried #ANewLife #ForeverTogether. Yesterday, it was the sweetest moment of our life (sic), we have been waiting for this since early 2014! But now it has finally happened. Thanks."

Yap left for Romania on the quiet with her mother on Jan 22, 2016, as she thought her father would object, Donea told Romanian media in February 2016.

According to Yap, his daughter an administrative officer at the time had left for work as usual in the morning, before his wife met her for a meal at around 4pm. But Mr Yap, 61, and a taxi driver at the time, could not contact them after that.

He only found out about the trip from Yap's credit card bill, and said she had left with her four bank passbooks containing savings of at least $40,000 (RM119,968), as well as cash and SG50 commemorative notes, reported Shin Min.

The two were uncontactable for more than 10 days before they were seen on Romanian TV on Feb 5, where Yap said they were staying with Donea at his parents' home in Vulturesti, a village commune about 150km from capital Bucharest.

When asked by a reporter why she had come to Romania, Yap replied: "To meet my boyfriend, to work together on YouTube."

Donea told the local media that they had plans to marry and emigrate to the United States.

In March 2016, Yap, Madam Foo, as well as Donea and his mother were in Singapore, based on Facebook photos of them at a shopping mall.

The Straits Times has contacted Yap and Donea for more information.