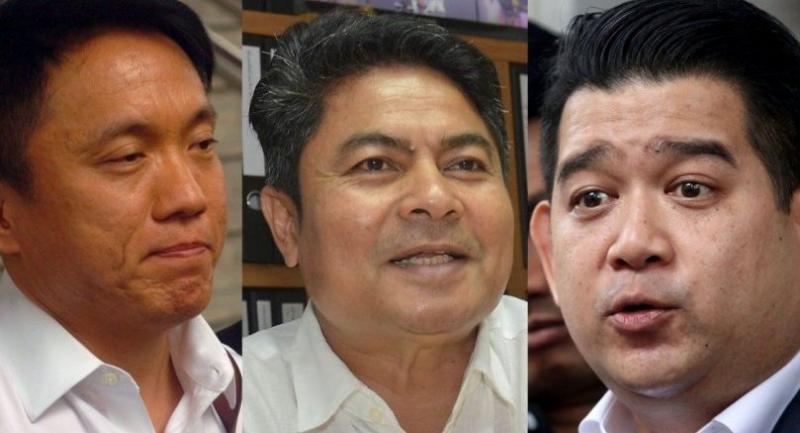 THREE DEMOCRAT Party politicians, who had apologised in writing to former prime minister Yingluck Shinawatra over a libel case, have been accused of “lacking sincerity” by Pheu Thai Party members.

In an open letter dated October 5, the three Democrats offered their apologies to Yingluck for making sexually offensive comments against her while she was serving as prime minister in 2012. A copy of their letter was also posted on Sirichok’s Facebook page the same day. The trio in their open letter admitted that they had defamed Yingluck by making untrue comments against her. They said that they felt remorse and apologised to her.

In their letter, the trio also thanked Yingluck for offering to withdraw her libel lawsuit against them. The Supreme Court is scheduled to read its verdict on October 19 in Yingluck’s case against the three Democrats.

The Criminal Court found the trio guilty of libel and sentenced them to a year in jail and a fine of Bt50,000 each, but the imprisonment was suspended for two years, as the defendants had not been convicted. The appeals court later upheld the ruling.

According to the Democrat, the deal required the trio to have their apologies posted on Facebook for the public to be informed, without having to buy advertisement space in newspapers. He said the condition was already met as the mass media had widely reported about the trio’s apologies to Yingluck. Sirichok claimed that Yingluck had been informed about the removal of his Facebook post regarding the apology and that she had not protested.

In response to Sirichok’s removal of his post, Pheu Thai politicians yesterday accused him and two other Democrats of being insincere, while they praised Yingluck as being kind and forgiving.

“People in that party simply are afraid of getting jailed. They offered apologies in exchange for withdrawal of the libel case. But they were insincere by removing the post shortly afterwards,” said Korkaew Pikulthong, a Pheu Thai politician and key red-shirt figure. “PM Yingluck did not get angry at them. She is like a saint. She should not have withdrawn her case against those people,” he added. Polpoom Wipatpumiprathet, another Pheu Thai politician, praised Yingluck for forgiving the three Democrats who had defamed her. He said this was a good example of reconciliation.

He expressed his “disappointment” at Sirichok for removing the written apology so soon. “His action points to a lack of sincerity,” Polpoom added.

Chaikasem Nitisiri, a key Pheu Thai figure, pointed to “differences in the levels of virtue” between Yingluck and Sirichok.

“We can’t blame him and it’s his right to do so. People have differences in their morality,” he said.

Yingluck’s lawsuit against the Democrat trio stemmed from the three politicians’ reported using of a term in a television programme that suggested a third party was having sex with her.

During the programme, the trio were criticising Yingluck for failing to attend a parliamentary meeting and alleged she had instead met someone in a hotel room. The programme was broadcast on the satellite-based TV channel Blue Sky, which is run by certain Democrat politicians.