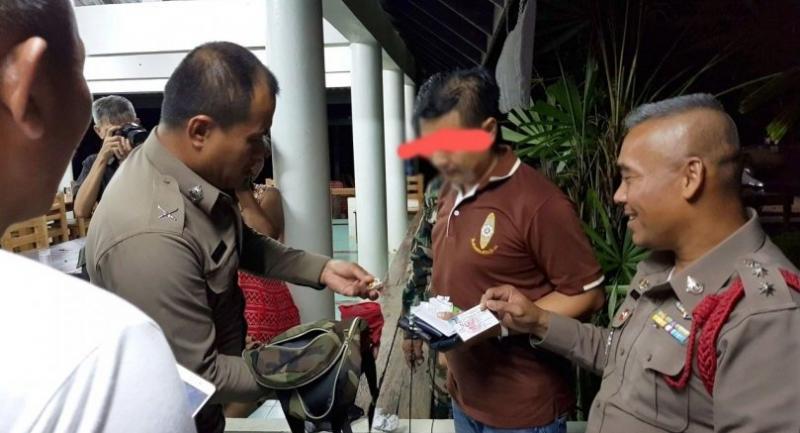 Group of 12 arrested in Kanchanaburi slapped with nine conspiracy charges. A 12-STRONG GROUP, including the deputy district chief for defence at Kanchanaburi’s Dan Makham Tia district office, Watcharachai Sameerak, has been arrested for allegedly camping out overnight and shooting a binturong in the Sai Yok National Park over the weekend.

The arrest of Watcharachai has led to his temporary dismissal from the civil service pending the results of a disciplinary probe and criminal investigation.

The order to temporarily dismiss Watcharchai and for the setting up of a disciplinary investigation committee was issued yesterday by Kanchanaburi Governor Jeerakiat Bhumsawat. The governor also had two Dan Makham Tia defence volunteers, Sakan Kaenglaung and Anusorn Reun-ngam, suspended from work without pay pending the results of the probes.

Police have opposed their release on bail. Park officials had on Sunday checked on Watcharachai’s group, which was using six off-road vehicles that had emerged from the forest and which matched officials’ description in connection with the violation of a park rule that prohibits unauthorised camping in the forest.

The group was initially accused of violating the park’s rule by staying overnight in the Khao Pla Noi forest on Saturday, but they were later arrested on more serious charges after one of the vehicles, reportedly driven by Anusorn, was found to carry a rifle with a silencer, two other guns, ammunition and a binturong carcass.

Park chief Panatchakorn Phothibandhit quoted the 41-year-old Watcharachai – who police later found was also carrying a 9mm pistol and 16 bullets – as claiming that his group had visited Wat Muang Tao Dam in Thong Pha Phum district to make merit and stay overnight at the temple, and |that Anusorn had bought the wildlife carcass from a villager on the way. Panatchaokorn said his team would later inspect the campsite, located 70 kilometres from the park office, for more evidence.

Premchai faces several charges after being found at the Thung Yai Naresuan wildlife sanctuary with the carcasses of a Kalij pheasant, a barking deer and a black leopard nearby.