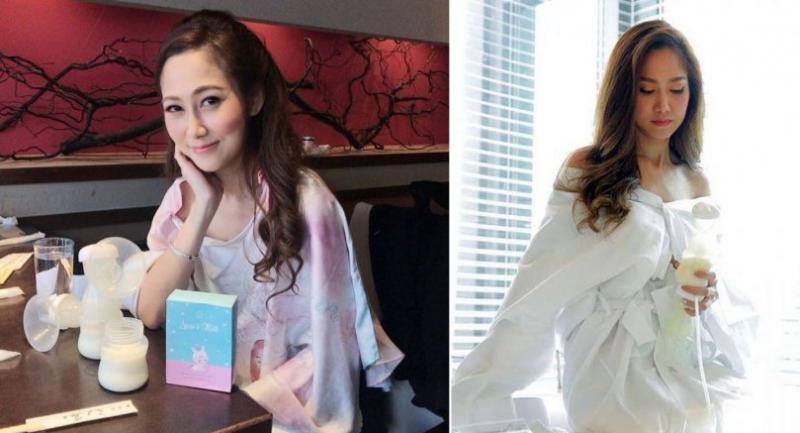 THINK TWICE before accepting breast milk from others, a medical lecturer from a top university has warned.

“Breast milk is like blood or an organ. It can transmit germs and diseases, which is why it needs to be screened before donation. It is really strange that we [Thai people] eulogise a mother who pumps her own milk and gives it away to other mothers. This shows that society is not [medically] literate,” Professor Yong Poovorawan, paediatric hepatology professor at Chulalongkorn University Faculty of Medicine, posted on his Facebook page.

Yong’s comment is apparently in reference to a high-profile Thai woman, Passavee “Numwan” Payacaboot, who boasted on Instagram that she had given away her excess milk to dozens of mothers. She has been praised for her generosity by netizens and news outlets – and many more mothers have lined up for her milk. She is also vowing to continue, notwithstanding the warning. “I would like to receive your milk. My niece was prematurely born and weighed only 1,600 grams. Her mother’s milk isn’t nearly enough. Thank you so much,” one woman commented on Numwan’s post.

“We have been giving away milk to mothers who don’t have enough to feed their own babies,” Numwan told the website Gossipstar. She said she had spent about Bt1 million on her donation campaign, including buying storage bags and about 15 freezers. Many mothers had got the celebrity’s milk at her own beauty line clinic Filorga. However, doctors like Yong are worried that unscreened milk could pose a harm to these mothers’ babies, and that Numwan is causing people to misunderstand the real truth. More than 430,000 people follow Numwan on Instagram.

Ruang Lao Jak Rong Mo (Stories from the hospital), a famous medical Facebook page, said yesterday: “Sharing your milk publicly makes people think donor milk [that has not been properly screened] is safe. This is totally wrong.” The group also pointed out that Filorga Clinic was an anti-ageing clinic, not a milk bank, and urged the Food and Drug Administration to intervene. Replying to the comments from the doctors, Numwan posted a picture of a baby and said it had been fed by her milk since it was a week old. “She is very healthy and as cute as my son Luca,” she wrote.

The celeb hashtagged “checked before donation.” Yesterday, her celebrity husband, Navin “Tar” Yavapolkul, also posted on his Instagram page that he and his wife would not stop giving away breast milk and would even invite other mothers to join their campaign.

“We are planning to collect milk from other mothers. We will match those in need with those with a milk excess. If the [medical] government agency wants to offer support, we are really pleased,” he wrote.

At Ramathibodi Human Milk Bank milk donors must be thoroughly screened, have their blood and milk checked for infectious diseases like HIV and hepatitis and the milk must be pasteurised to eliminate infectious organism.