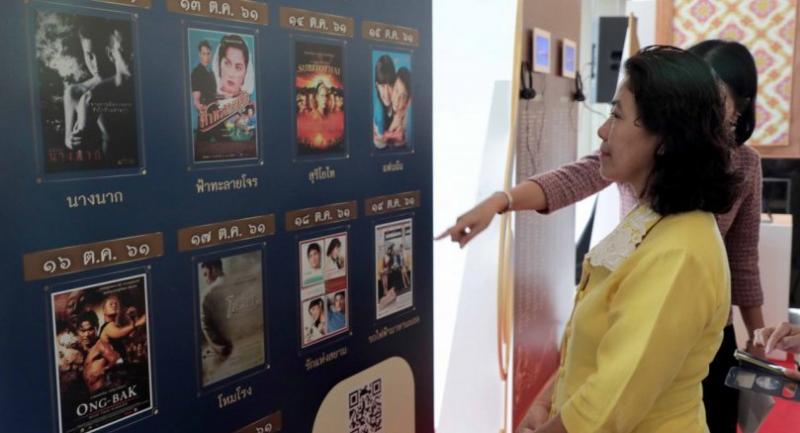 The Kingdom’s great films, soap operas, music and arts will be highlighted at “The Supreme Thai Arts of the Reign of King Rama IX” exhibition, which opens on October 12 at Siam Paragon’s Hall of Fame. Hosted by the Culture Ministry, the exhibition aims to commemorate two years since the departure of the late King Bhumibol Adulyadej on October 13, 2016. “The exhibition aims to honour the artistic talents of the late King Bhumibol, who was recognised as ‘The Supreme Artist’ by the ministry in 1986,” Culture Minister Vira Rojpojchanarat said at a press conference on Tuesday.

Running through October 21, the exhibition will feature four zones. The late monarch’s artworks, including paintings, photographs, literature, musical compositions and innovations, will be highlighted in the first zone, entitled “The Supreme Artist”. The best 10 films will be screened at Siam Paragon’s theatre during the 10-day event, with free admission. The third zone will display 398 hit songs from the late King’s reign, including recordings of pop and country numbers.

National artist Setha Sirachaya will lead top singers in performing some of the songs at the exhibition’s opening, at 5pm on Friday in the Hall of Fame. The exhibition’s fourth zone will focus on the “The Great TV Soap Operas”, featuring 99 soaps that aired during King Bhumibol’s reign. Clips from some of them will be shown.

There will also be discussions on related topics during the event.