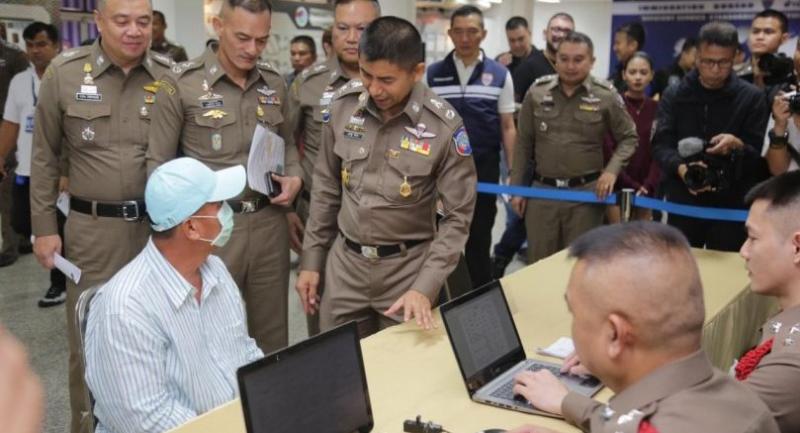 Suspect Pairoj Kanchanarat allegedly told US tourists that he was a lawyer able to get a permanent visa for Bt20,000-Bt50,000.

He was wanted under an arrest warrant issued on October 8 by the Phra Khanong Provincial Court. Pairoj was caught at the Lumphini Ville condominium on Prachacheun Road. The arrest stemmed from a police complaint filed by a US expat in February who said Pairoj claimed to be a lawyer able to secure a permanent visa and work permit for foreigners without them needing to go to the government offices to apply for the documents.

Foreigners reportedly paid between Bt20,000 and Bt50,000 to Pairoj. The US victim allegedly paid Bt25,000 for a permanent visa and his Italian friend paid Bt49,000 for a work permit.

Surachate said the police probe had found Pairoj duped people many times over 10 years and he was wanted for another seven fraud arrest warrants in Bangkok, Prachuap Khiri Khan, Nakhon Ratchasima and Chiang Mai.

The police said Pairoj would go to tourist attractions to befriend potential victims with false promises. Immigration and tourist police also worked to arrest 40 Indians who broke the law, 10 of whom had overstayed their visa and 30 others failed to present identification papers at the Sampgheng market in Bangkok's Samphanthawong district early on Thursday morning.