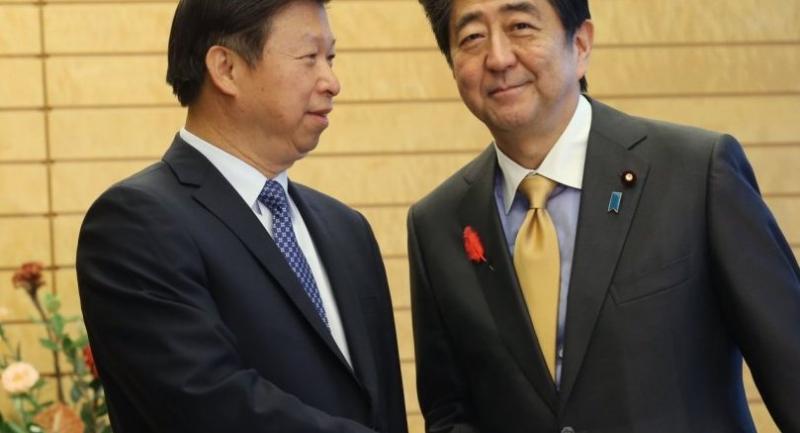 Shinzo Abe will pay the first visit by a Japanese prime minister to China since 2011 later this month, Beijing announced Friday, in the latest sign of warming ties between the rivals.

Abe will visit from October 25 to 27 and mark the 40th anniversary of the Treaty of Peace and Friendship between the two nations, said Chinese foreign ministry spokesman Lu Kang.

The visit will "elevate our bilateral ties and put bilateral cooperation back on the right track," Lu said at a regular press briefing.

He added that the two sides will work to "jointly uphold multilateralism and the free trade system".

Lu said there a reception was planned to celebrate the Sino-Japanese friendship treaty, which was signed on October 23, 1978.

Abe and Chinese President Xi Jinping have met numerous times over the last few years on the sidelines of international events.

But no Japanese prime minister has paid an official visit to China since 2011 and no Chinese president has visited Japan since 2010.

Relations between China and Japan soured in 2012 over a territorial dispute over several tiny islands in the East China Sea.