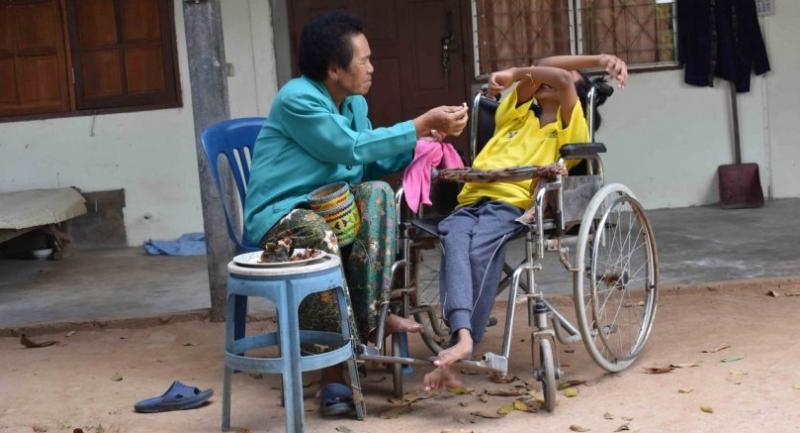 A 66-year-old woman who has taken care of her 15-year-old granddaughter with cerebral palsy in the past two years was shocked to learn that she had been unknowingly registered as a caretaker under the Empowerment Of Persons With Disabilities Act 2007’s Article 35, which entitled her to a monthly pay of Bt9,125.

The 66-year-old Ratree Khamuntha said she had received less than Bt48,000 per year as pay. She was also told early this month to sign a contract with retrospective effect of her agreement to take a Bt4,000 monthly pay, raising suspicions that an official involved in the Article 35 caretaker project might have been committing corruption.

Ratree was among many victims of alleged irregularities in the project for people with disability in Kalasin. These people were told to open bank accounts and place their ATM cards and bank books under the care of the project staff in exchange for Bt2,000-Bt4,000 in monthly allowance. These people were not aware that were entitled to almost Bt10,000 per month per person.

Ratree said she was invited by the Network of Parents’ Club of Children with Disabilities in the northeastern province to join the programme early in 2017. She had to take her girl for rehabilitation to the parents’ club three times a week in exchange for a Bt1,000 weekly pay. If she missed a session, the weekly amount was cut to Bt600.

As news about corruption in the disability assistance money broke out and the parents’ club was accused along with it, Ratree felt uneasy and stopped taking the girl for rehabilitation. The parents’ club president, on October 5, went to her house with a paper “to ratify the dispensing of medication for the girl on September 20”. As she is illiterate and has poor eyesight due to ageing, she says she signed the paper in good faith. She later found out that the president had her sign a contract with retrospective effect about her agreement to take a Bt4,000 monthly pay.

The original complainant, Thanida Anu-an, who took care of her 17-year-old daughter with cerebral palsy and whose whistle-blowing helped uncover several more cases, including Ratree’s, said the contract that Ratree had signed raised many questions. The poked holes in the parents’ club president’s claim included that the woman was well informed before signing the paper, she said. She vowed to press the case with related agencies to provide justice to the caretakers and to identify who had benefited from the allegedly embezzled money.