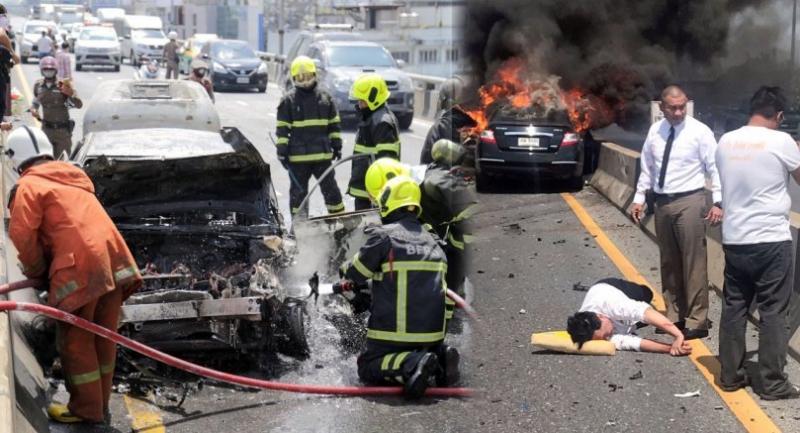 A highway police captain leading a royal motorcade stopped at an accident scene and managed to pull out a trapped driver before his vehicle went up in flames on Wednesday morning.

The driver was trapped after his car hit the rear of a pickup truck at 10.30am on the elevated Boromracha Chonnanee Road in front of Central Pinklao shopping mall. Pol Captain Saranyapong On-sing was leading a motorcade for Her Royal Highness Princess Maha Chakri Sirindhorn when they came upon the accident. He stopped to help by breaking the window and pulling the driver out of the car before it was engulfed by fire. The driver was identified as Ratthakarn Komolrat, 40, a lecturer of Mahidol University.

It took firefighters 15 minutes to put out the blaze after they arrived.

Drivers of both vehicles were injured and were rushed to Chao Phraya Hospital.