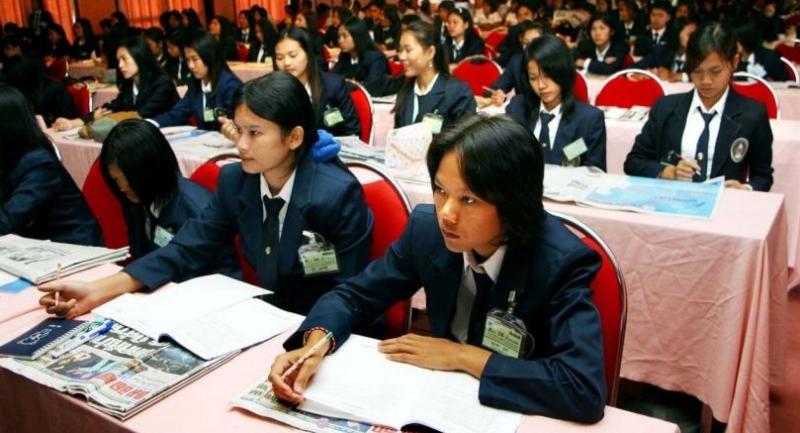 RAJABHAT universities will cut their teacher-training programmes from five to four years from next year.

Other universities may follow suit, reversing the trend of five-year programmes that were introduced in 2004 in the hope of raising teacher quality and promoting the prestige of the teaching profession.

He insisted that the shorter courses would not cause a drop in quality. “On the contrary, the quality will increase,” he said.

According to Udom, all graduates from the programmes will be required to demonstrate a solid knowledge of English by achieving the B2 or Vantage level of proficiency (upper intermediate), based on the Common European Framework of Reference for Languages.

“Those who will teach English must be categorised as proficient users [C1 category] – persons demonstrating effective operational proficiency or advanced knowledge of English,” he said.

He added that “soft” skills would also receive stronger emphasis in the revised programmes.

Udom was speaking after emerging from a meeting on how to improve Rajabhat universities’ teacher-education curriculum. Also at the meeting were the Office of Higher Education Commission’s (Ohec) secretary-general Suphat Champatong and Teachers Council of Thailand’s deputy secretary-general Wattanaporn Ra-Ngubtook.

According to Udom, HM King Maha Vajiralongkorn has a policy for the improvement of teacher-education programmes and is monitoring implementation via Privy Councillor General Dapong Ratanasuwan.

Udom added that other universities could make their own choices on whether to reduce the duration of their teacher-education programmes.

“We can’t force them to make the change. Their councils will have to make the decision,” he said.

He said universities that choose to cut education programmes from five to four years must inform Ohec so that it could provide them with necessary workshops.

A third-year student at Phranakhon Rajabhat University’s Faculty of Education said she felt it was unfair that she was required to study for five years to enter the teaching profession, while younger students could study for just four years.

She agreed to be interviewed on condition of anonymity.

Dr Kasem Premprayoon of Thaksin University’s Faculty of Education said quality would not be affected by the one-year cut.

“It’s not about duration. It’s more about how to efficiently design the curriculum, conduct classes and collaborate with schools where our students will practise teaching,” he said.