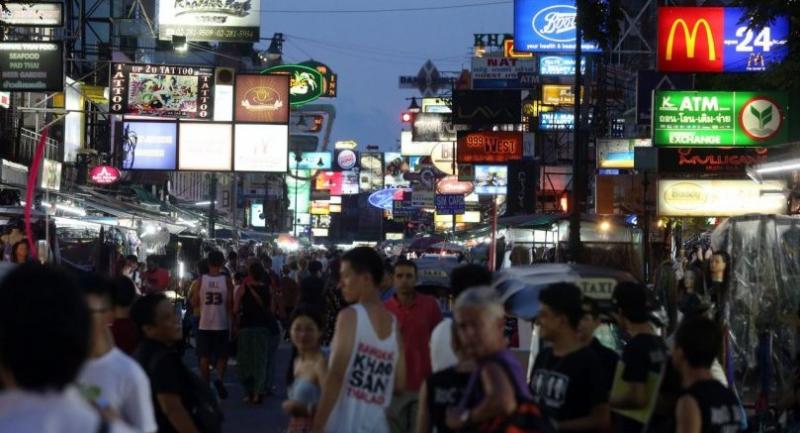 BANGKOK CITY Hall on Wednesday relaxed its former plan to completely ban vendors from the footpaths of Khao San Road, by now allowing them to sell their wares from 6pm until midnight.

The decision to allow some vendors to remain on the footpaths was partly to promote tourism and stimulate the economy, Deputy Bangkok Governor Sakoltee Phattiyaku said on Wednesday.

The new approach has been officially endorsed by the Bangkok Metropolitan Administration (BMA).

The restriction of vendors was strongly opposed by the Khao San Vendors Association when the BMA first floated the idea in August. It insisted that the move would bring order to the area and clean up the road. Vendors, meanwhile, want to be allowed to start selling their wares from the morning.

Several discussions were held between both sides for a compromise, but Sakoltee has refused to back down. The deputy governor also revealed a plan to beautify the 400-metre-long Khao San road and the footpaths, which he said would make space for more vendors.

The Bt88-million plan was approved by the BMA earlier this month and should kick off soon to be completed within four months.

Under the plan, the ground level will be adjusted to bring the footpath and road to the same height, Sakoltee said.

The new landscape will be zoned to allow space for shop frontages, vendors’ booths and a one-way road.

“If possible, the road could become a walking street for certain periods when the traffic is light,” he said.

Once finished, the road and the surrounding landscape would become a Bangkok landmark and attract tourists from across the world, he said.