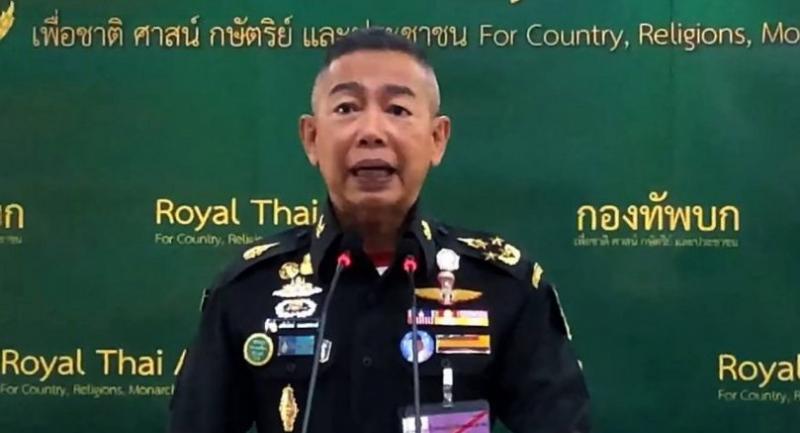 THAILAND may soon see anti-royalists being thrown into mental asylums instead of being put behind bars thanks to the new Army chief’s belief that most people criticising the monarchy are either “cracked or bizarre”.

In his first press conference since taking the top post on October 1, General Apirat Kongsompong said yesterday that the Army was the servant of the monarchy and its duty was to protect this beloved institution.

“Insult and disrespect mostly comes from people who have mental disorders,” he said. “Like recently, one person tried to petition [the King] and was later found to be a mental patient. So the authorities sent him to the [mental asylum at] Srithanya Hospital.”

He added that anti-monarchists also included sound people with “strange thoughts” that would not be tolerated.

“These people can’t be in Thailand,” he said. “We have always been protected by the monarchy, since the time of our ancestors. Why can’t they [the anti-monarchists] be grateful for that? Everybody is patriotic here. Governments change, but the monarch will always stay with Thailand.

“I will protect the monarchy with everything I have, it’s the Army’s duty.”

Action against anti-monarchists in Thailand has always been the subject of debate. While rights advocates say freedom of expression should be respected, the government maintains the draconian lese majeste law, which makes any criticism of the monarchy a crime punishable by three to 15 years in jail.

Apart from the rights issue, the law is often used as a tool to both eliminate political rivals and also justify political actions.

A number of political activists and critics have chosen to live in self-exile overseas after facing lese majeste charges, believing their chance of winning the case in court is very slim. Those who decide to stay and fight the case usually end up pleading guilty in the hope of receiving a short jail term. Yet recently the number of royal-defamation cases has been dropping.

According to iLaw, 2018 has so far seen no lese majeste cases – an unprecedented development. Also, several defendants have either been acquitted or granted bail, when previously the conviction rate was almost 100 per cent.

A source familiar with the matter said there could be a couple of reasons behind this.

“One reason could be a change in the procedure to prevent the misuse of the law, while another could be that people are so afraid that they just don’t voice anti-monarchist sentiments anymore,” the source said.

There is another theory floated by renowned social critic Sulak Sivaraksa, who himself has been charged with the crime.

In a recent interview with Asia Times, Sulak said that in a private audience with HM King Maha Vajiralongkorn, he learned that the King realised the law had previously been abused for political purposes.

“I told the King that his father [King Rama IX] had clearly said – it’s on record – that anybody that makes the case of lese majeste harms him personally and undermines the monarchy,” Sulak said in the interview published on Tuesday on the Asia Times website. “And you can say publicly the King wrote personally to the Supreme Court and Attorney General, and since then there have been no new cases under [Article] 112.”