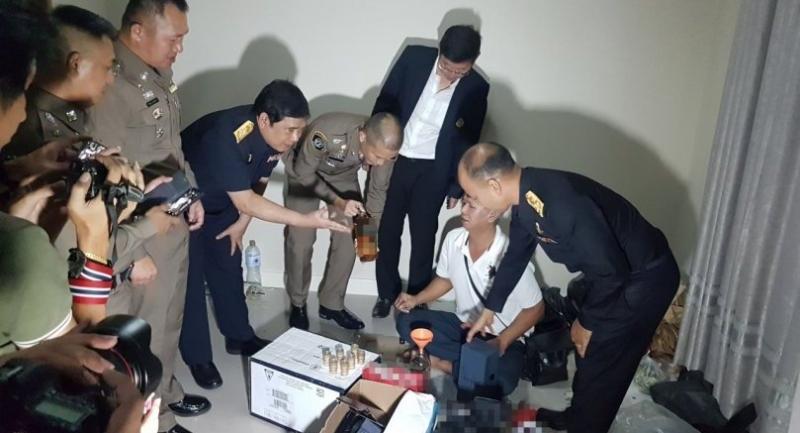 A Malaysian man and a Thai man were arrested in Samut Prakan's Bang Plee district on Wednesday for allegedly making fake-brand liquor and beer.

Lee Chee Keong, 48, and Sitthipong Wantha, 30, were arrested at a rented house in Tambon Bang Plee Yai by officials from the Excise Department and police.

The officials found the two men filling empty liquor bottles with liquor they had mixed on their own and pasting fake labels and fake excise stamps on the bottles. The two admitted that they had rented the house for just over a month to make the fake liquor and beer for sale via the Line application.

They said they were hired by a Malaysian man, called David, to make the fake liquor and beer and all the bottles were smuggled across the border from Malaysia. They said most of the buyers were entertainment venues.

Excise Department director general Patchara Anantasilp said the arrest was made after a lengthy investigation.