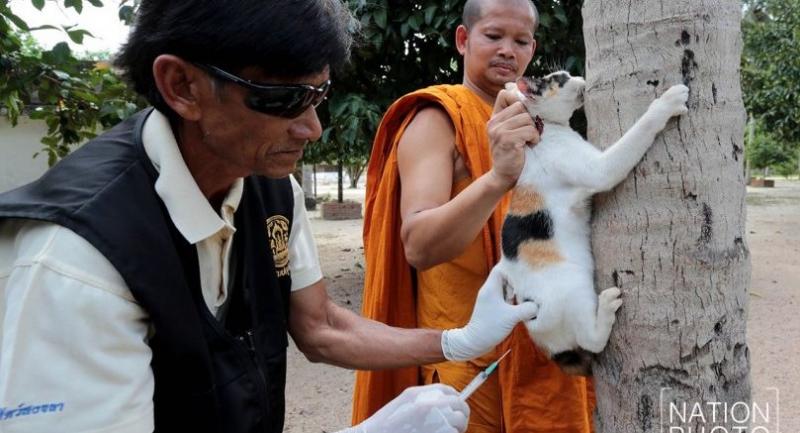 A 65-year-old man died of rabies in Songkhla this week, raising the rabies death toll this year to 17, a spokesman of the Disease Control Department said on Thursday.

Doctor Assadang Ruay-arjin, deputy director general and spokesman for the department, said the man was admitted to a hospital in Songkhla with chest pain and had difficulty swallowing, before he tested positive for rabies and died.

The man was bitten by a dog on his left wrist in January but his relatives could not tell where the incident happened. The man also took care of some 80 stray dogs at home.

So far, 17 people in 14 provinces have been killed by rabies this year. Two each died in Buri Ram, Rayong and Songkhla and one each in Surin, Trang, Nakhon Ratchasima, Prachuap Khiri Khan, Phatthalung, Nong Khai, Yasothon, Kalasin, Mukdahan, Tak and Surat Thani.