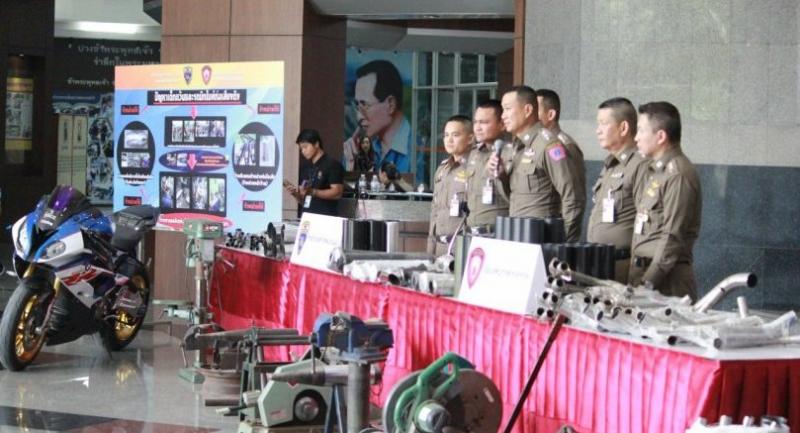 In response to complaints about Big Bikes' exhaust pipes making a lot of noise and disturbing the public, police set up checkpoints recently and rounded up 142 Big Bike motorcycles with noise levels exceeding 95 decibels, which is beyond the legal limit.

The police investigation expanded to include checks on seven locations, he said, and officers seized 650 items from manufacturer Anon Kulsao and distributor Natthapol Doungpol.

Police initially charged the former for manufacturing for sale the allegedly substandard products and the latter for distributing such products.