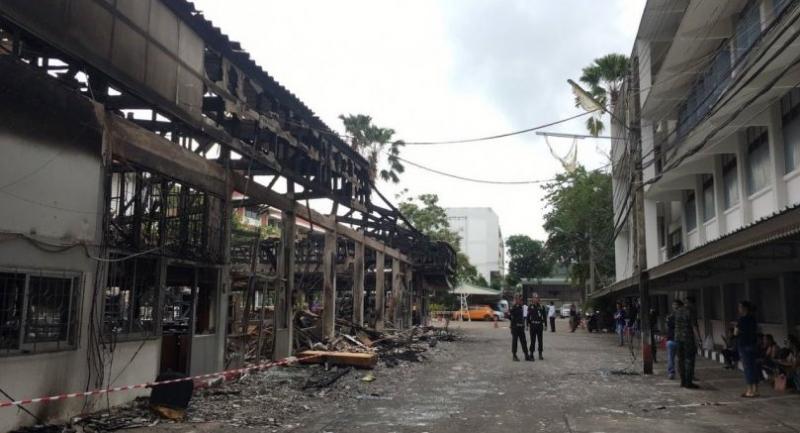 A fire broke out early on Sunday at a building at Kanlayanawat, a well-known school in the heart of Khon Kaen city. Nobody was hurt, police said.

Pol Lt-Colonel Phusayam Larangsit, the deputy superintendent of Muang district police, said the blaze occurred at about 1am at a one-storey building divided into six rooms, including one used by students to conduct the To Be Number One anti-drug activities initiated by Princess Ubolratana. Another room was used as a first-aid clinic and the others for storage.

About 10 fire engines from the Khon Kaen Municipality were dispatched to the school on Klang Muang road to combat the fire.

The fire was put out in about an hour.

Eyewitnesses said they saw the fire start in a room where old pictures and general school equipment were stored.

Forensic police were investigating the cause of the fire. The damage was being assessed.