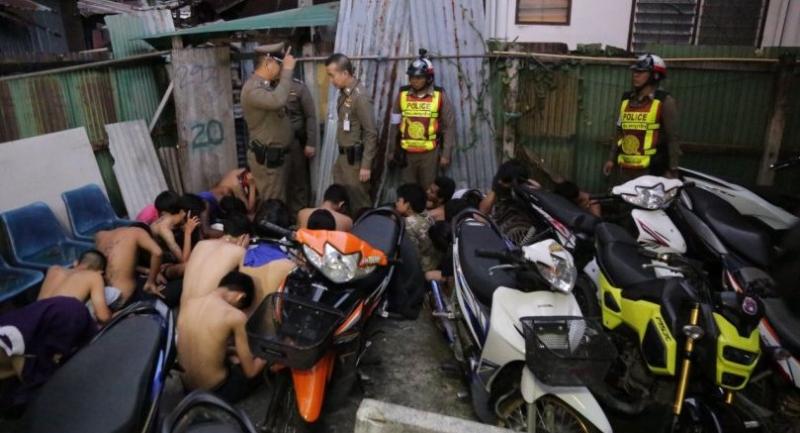 Police managed to corner the teens in Soi Suang Ngern, a dead-end alley, in Ratchathewi district and arrested them at 4:30 am. Pol Lt Col Borwornpop Sunthornrekha, deputy commander of Phayathai police station, said the 17 males and five females, all between the ages of 14 and 20, has been arrested inside a residential compound.

Borwornpop said the young motorcyclists forced the gate to house and tried to hide inside.

Borwornpop said police had spotted the group gathering at the Rong Krong Nam Intersection, apparently about to race along the Rama VI and Ratchawithi roads and pushed them into the soi to make the arrest.

He added that the group has made an appointment to race on two Facebook pages Nak Sing Klang Muang (City racers) and Pid Muang Ma Sing (Shut down city for racing).