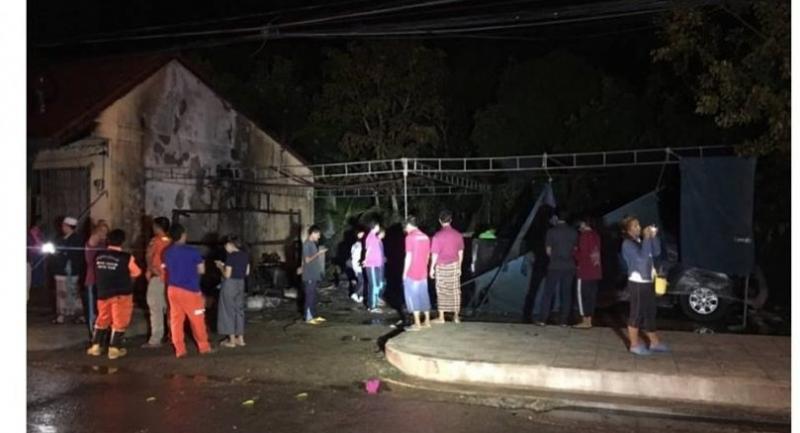 A fire broke out in a tent-garage in the border province of Satun late on Monday night, damaging three vehicles, and garnering police attention.

The tent sat next to a grocery shop, which neighbours claim has been selling smuggled oil from Malaysia.

Shop owner Isma-aen Yee-a, 38, told police that the damaged cars belonged to him and his friend. He said the fire had started from a short circuit.

Firefighters spent about half an hour putting out the fire, which also slightly damaged Isma-aen’s shop. An older relative of Isma-aen fainted in the face of the fire and was rushed to a nearby hospital.

Police are investigating the case.