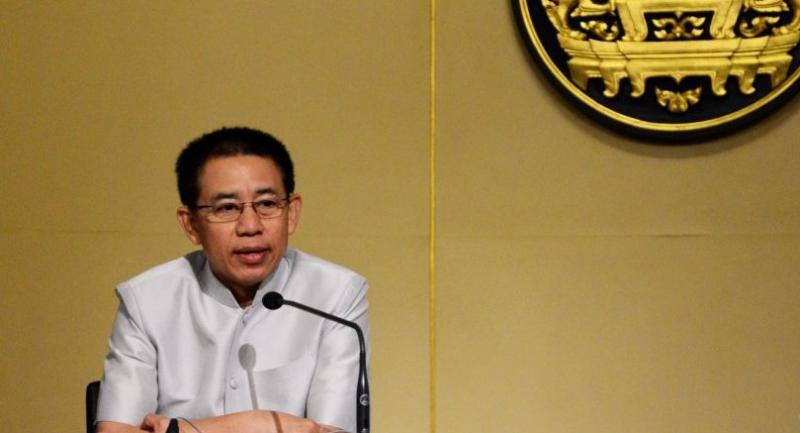 Starting next week, Puttipong will take over as government spokesman and offer briefings on Cabinet meetings and government affairs. Sansern, meanwhile, will work full time as director of the Public Relations Department after having the held the position as caretaker since 2016.

Prime Minister Prayut announced yesterday after the weekly Cabinet meeting that Puttipong would be taking over from Sansern, who had done the job since 2014, and he will be responsible for giving all information concerning politics.

Sansern yesterday attributed the move to the changing circumstances.

“We’re heading towards an election. As a soldier, I should not be responding to political criticism. It’s not appropriate,” the outgoing government spokesman said.

Apart from that, Sansern said if he were to work full time as director of the Public Relations Department, he would have to resign his current political position. Performing the dual role was against the rules, he said.

Puttipong yesterday acknowledged that he would be taking over as spokesman.

However, an official order is yet to be issued, he said. In the meantime, he would share the spokesman’s work with Sansern and there were no conflicts between the two, he added.

Puttipong is a former Democrat MP and former leader of the People’s Democratic Reform Committee (PDRC), which launched anti-government demonstrations in 2013 and 2014 that led to the coup. He was last month appointed deputy secretary-general attached to the prime minister, taking charge of political affairs.

The development came amid speculation that junta leader Prayut was preparing for the upcoming election. His latest move is seen to be at odds with his oft-stated position that he has no political ambitions and was only in government to ease political conflict.

Various official actions with regard to different political parties, including the regime’s arch-rival Pheu Thai, have been catching public attention. Pheu Thai is facing the threat of party dissolution as the Election Commission (EC) is probing whether it had violated the law by reportedly allowing an outsider – Thaksin Shinawatra – to influence its decisions. Prayut yesterday dismissed criticism that he was behind the EC’s move. The agency is independent and is governed by the law that requires it to scrutinise political parties, he said.