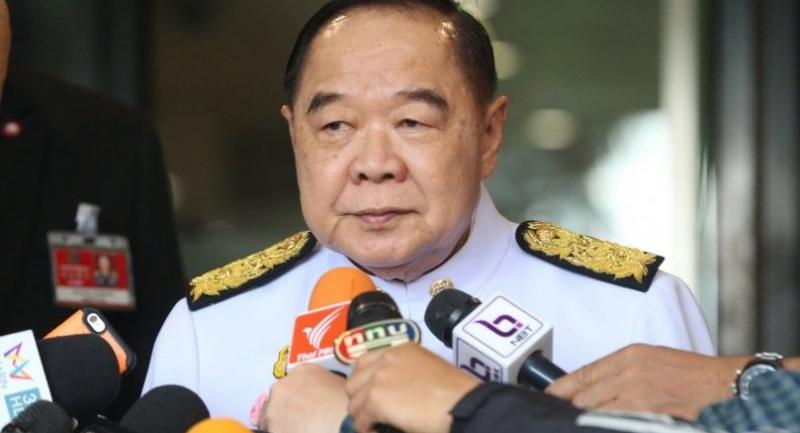 The general election tentatively scheduled for February 24 will not be postponed but a nationwide examination for high-school students will be rescheduled to avoid being held on the same day as the national vote, senior government figures said on Thursday.

Deputy Premier and Defence Minister Prawit Wongsuwan said the election date would not be put off but the Education Ministry would see about the postponement of the General Aptitude Test (GAT) and the Professional and Academic Aptitude Test (PAT).

“Why do we need to postpone the election? The exams must be postponed to allow voters to exercise their rights,” Prawit told reporters at the Defence Ministry.

The National Institute of Educational Testing Service (NIETS) has scheduled GAT and PAT exams for the next academic year to be held from February 23 to 26. High-school students need to pass the tests to apply for university.

Some political parties earlier voiced concerns about the date clash and called for a rescheduling of either the election or the exams to allow students and test supervisors on duty to cast their ballots.

Every year, more than 410,000 students graduate high school, compared to some 120,000 first-year places at state-run universities.

“We cannot put off the election, it will be easier to postpone the exams,” he said.

The deputy PM also said that relevant agencies were considering whether the exams should be postponed and were also weighing the pros and cons of changing the date.

He added that the authorities involved would come up with a solution “in a few days”.

“They are trying to keep the impacts on the students involved to a minimum,” Wissanu said.

He dismissed an allegation that the exams were intentionally scheduled to clash with the election date. Wissanu said the authorities had scheduled the exams a year earlier.

Prawit on Thursday was also asked if the pro-junta Action Coalition for Thailand Party’s planned march in Bangkok and other provinces could be regarded as election campaigning, which is against a ban on political activities.

Prawit, who is in charge of security affairs, said the Election Commission (EC) would decide on the issue. “I can’t give you the answer. I am not directly involved,” he said.

“The government has no involvement with this matter. And we will not interfere with the EC or order the EC to do anything,” he said.