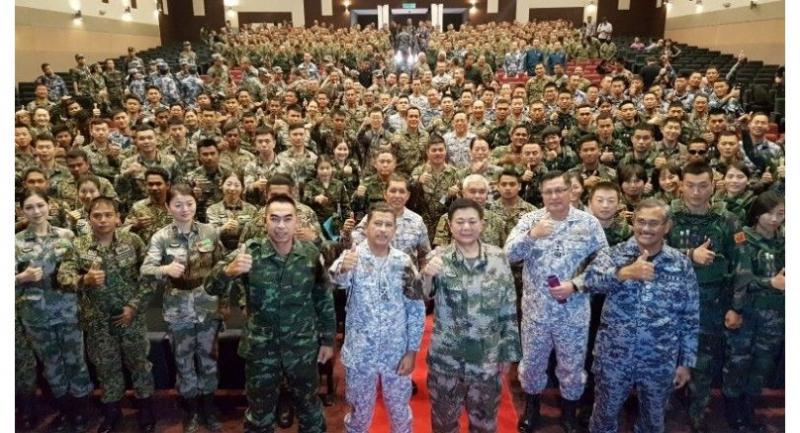 Aman Youyi 2018, the joint military exercise between China and Malaysia, is back again with Thailand joining the exercise for first time in an attempt to enhance strategic relations among three countries.

A total of 1,339 military personnel, 592 from Malaysia, 693 from China and 54 from Thailand are involved in the exercise. The drill involves four military warships, a destroyer, four helicopters and three frigates.

This is also the largest drill since Aman Youyi started in 2014.

The exercise is divided into two segments, where the general staff focus on peacekeeping while another group on warfare, sniper-shooting, martial arts, close-range fighting and others.

He believes that through the military exercise, the partnership among three countries will be stronger as one understands the other more. He also welcomes new friends from China and Thailand where they can visit the army museum in Port Dickson, Kuala Lumpur or Malacca.

Lt Gen Ma Yiming, deputy chief of the Joint Staff Department under China's Central Military Commission, said tracing back history, Malaysia, Thailand and China have close ties long ago, as early as more than 600 years ago. Zhenghe, the great Chinese voyager visited Malaysia and started the seed of friendship between Malaysia and China while China and Thailand started its friendly ties more than 2,000 years ago. People of both countries have also been maintaining friendship.

Until today, apart from strategic partnership, Malaysia, Thailand and China are collaborative partners. All three are focusing on enhancing interactive collaboration to achieve a common destiny.

He is of the view that the Aman Youyi 2018 is a significant project among three countries which provides learning and interactive opportunities for three countries. It also helped to train planning capabilities, warfare training and upgrade military skills.