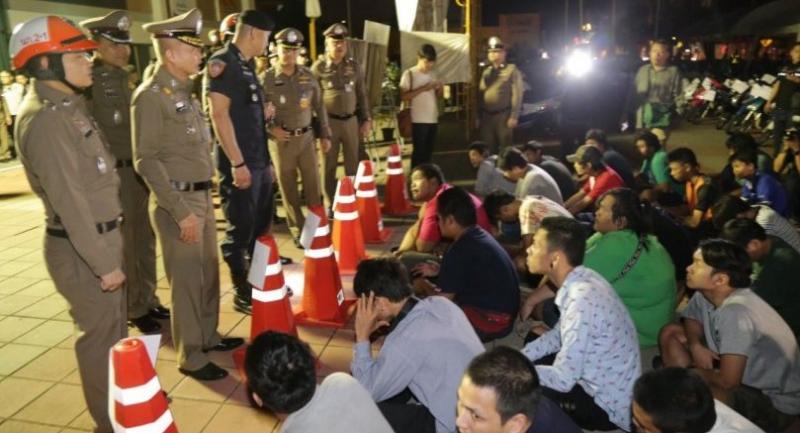 Police arrested 91 motorcyclists on Bangkok roads after their motorbikes were allegedly illegally modified for road racing.

The arrests were made throughout Friday night until the early hours of Saturday on roads under the jurisdiction of the Metropolitan Police Division 5.

Pol Maj Gen Mongkol Waroonno, commander of the division, held a press conference in front of the Tesco Lotus Rama IV at 1.50am to announce the operation's results.

He said 46 of those arrested were younger than 18 and one adult and one teenager tested positive for drug use.

Mongkol said police also seized 129 substandard exhaust pipes that would make a noise louder than the legal limit, from 22 shops in his jurisdiction.