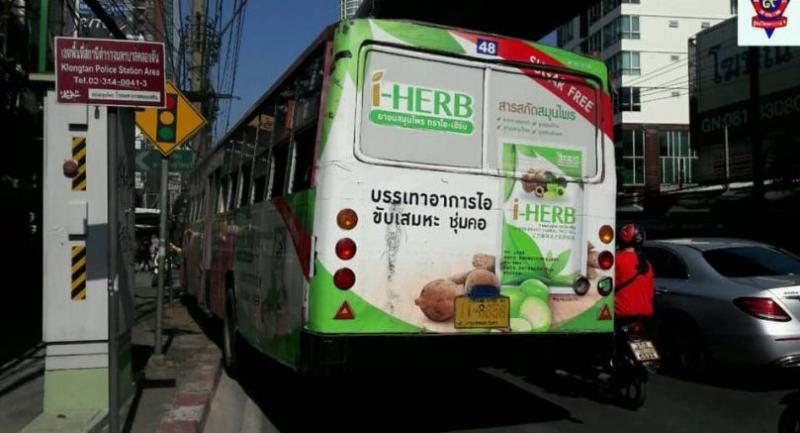 The accident happened reportedly when the driver slammed the brakes to avoid hitting a pickup truck that had cut in front of it.

Bus driver Rung Reungkobkarn, 36, told police that he was driving the bus with 20 passengers on board on a bridge across Khlong Phra Khanong. He said a pickup truck took the right turn from under the bridge and cut in front of the bus, so he slammed the brakes to avoid hitting its rear. The bus went out of control and crashed into a power pole on a pavement. The windshield was shattered and its bumper and body were dented while the power pole was also damaged.

Police are yet file charges against anyone.