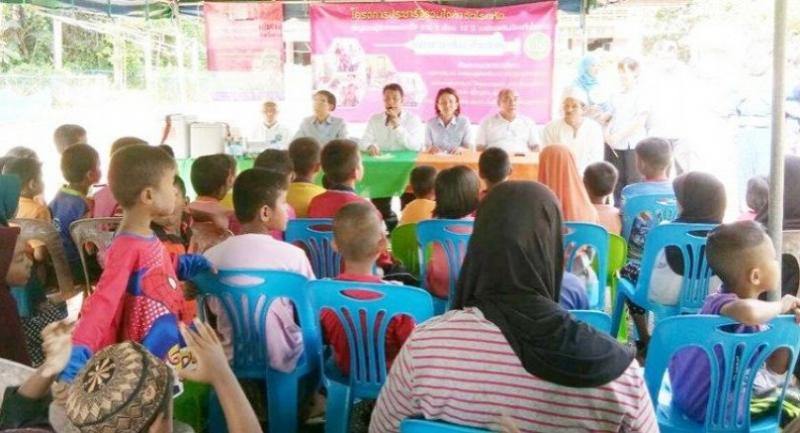 The measles outbreak in Yala has worsened with 859 children now having been infected and the death toll standing at 10 cases, Betong district health official Wongwit Akarawarothai said on Tuesday.

Wongwit joined other health officials in knocking on doors to have people in Ban Na Kor (Moo 9) in Tambon Ai Yer Weng vaccinated, resulting in 75 children under the age of five receiving vaccinations.

Betong district has now vaccinated 571 children, 88.97 per cent of the target, but many parents were still refusing such treatment for their kids, he said.

This was despite officials explaining to them that measles often affected kids aged 0-4 and that although it could heal by itself, many children developed complications such as lung and brain inflammation that could turn fatal, he added.

Yala’s eight districts saw 859 measles patients – most of whom were nine-month-old to five-year-old kids who had never been vaccinated before – and 10 deaths during September 1-October 27.

The growing outbreak has reportedly stemmed from some parents in communities still not wanting to get their kids vaccinated despite officials’ attempts to spread good understanding and the previously issued statements from the Sheikhul Islam Office and Provincial Islamic Committees saying that such treatment is acceptable under Islamic principles.

This southernmost province’s aim has been to get 7,000 at-risk children – especially those aged between five months and five years old – vaccinated by November 4.