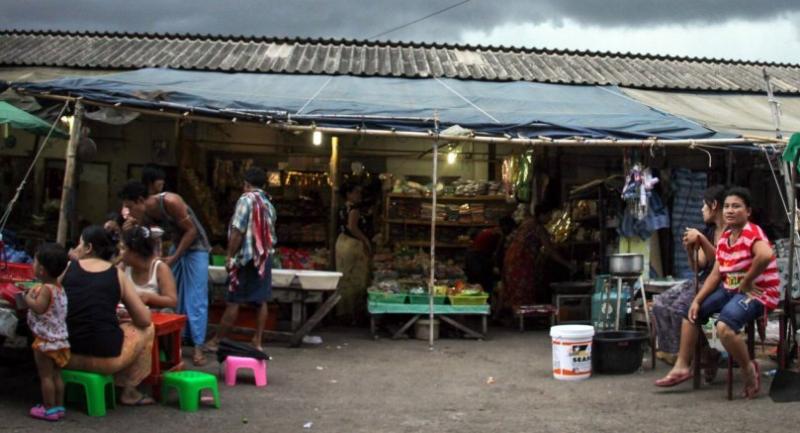 MYANMAR MIGRANTS in Samut Sakhon’s Mahachai district are living in terror that they may become a target of police extortion.

Ko Ko Naing, a Myanmar national working for the Labour Rights Promotion Network Foundation (LPN), recounted that he himself nearly landed in jail once when police suddenly handcuffed him for allegedly gambling.

“Fortunately, my boss helped me out,” he said, referring to LPN director Sompong Srakaew, who has been trying to protect other migrant workers too. Headquartered in Mahachai, which is widely known as “Little Myanmar” due to the huge presence of Myanmar workers, LPN has dealt with many complaints about migrants being extorted or threatened.

Ko Ko Naing said some migrants get into trouble for just playing a game of takraw.

“They get accused of gambling even while playing sports. So, to avoid trouble, some pay Bt3,000 to these so-called police officers,” Ko Ko Naing said.

Illegal migrants are often the first to offer a bribe, as they are worried they might get deported if the case is taken to court.

Kyaw Lim Oo, another Myanmar national at LPN, said police often stop Myanmar migrants and demand they produce their documentation and mobile phones, and even show them their social-media account.

“And if they find some numbers in a social-media post, then they accuse the migrants of playing the underground lottery,” he said.

Such practices reportedly exist even though the Criminal Code’s Article 148 imposes strict punishment, including life imprisonment and/or fine against corrupt officers or those abusing their authority.