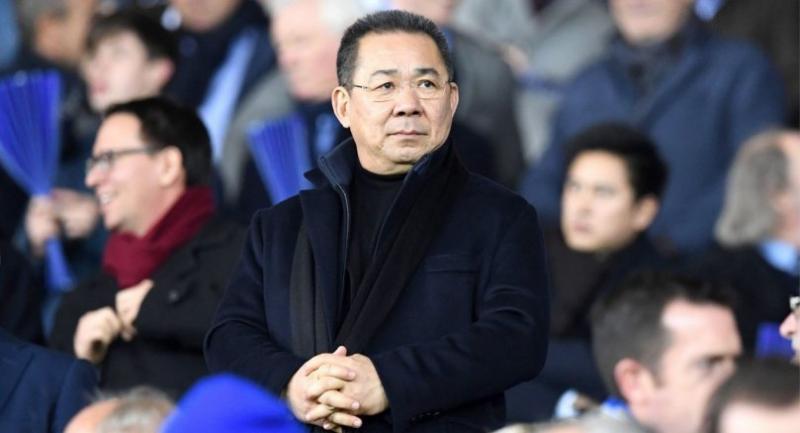 By The Nation,
AFP

His bathing rites will also be royally sponsored.

Vichai, 60, was Thailand’s fifth-richest man when he died in a helicopter crash outside the stadium after watching his team play in England last Saturday. His body will be flown in by private jet today for the funeral at Wat Debsirindrawas Ratchaworawiharn’s Sala Kawi Niramit in Bangkok.

The bathing ritual will be held at 5.30pm tomorrow, followed by the Abhidhamma Recitation Ceremony at 6.30pm, which will be repeated for six nights, three of which will be sponsored by the Palace.

The family has requested that people donate money to the Navamindrabopitr 84th anniversary building at Siriraj Foundation, Siriraj Hospital, instead of sending wreaths.

Vichai made billions from his King Power duty-free monopoly and used his profits to invest in hotels, horses and the once-unremarkable Leicester City football club, which went on to win the Premier League in 2016.

The billionaire leaves behind a wife and four children, all of whom are on the executive board of King Power, the duty-free shopping company built by Vichai.

Relatives of Nusara Suknamai, a 2005 Miss Thailand Universe contestant, who also died in the crash, are preparing for her funeral at Wat Pherm Than in Pathum Thani’s Khlong Luang district. Her body is also due to arrive in Thailand today.

In his first public reaction to the death, Vichai’s 32-year-old son Aiyawatt thanked people for their messages of support.

“I’m extremely proud to have such an extraordinary father,” he said in an Instagram post. “I’m touched by how many people kept him close to their hearts.”

Aiyawatt, who is already vice-chairman of Leicester, also appeared to confirm that he has been anointed to lead at least some of the King Power empire.

“He [Vichai] left me with a legacy to continue and I will do everything I can to carry on his big vision and dreams,” his post said. “From him I have received a very big mission and legacy to pass on ... and I intend to do just that.”

Several photos, including one of Aiyawatt kissing his dad and another of him cheekily presenting him with a polo trophy, accompanied the post. Both shared a love for the equestrian sport.

Over three decades Vichai carved out a shopping empire now worth some US$4.9 billion (Bt162 billion). according to Forbes magazine,with his initial success owing less to family wealth than a knack for winning – and then keeping – the favour of the Thai elite

He named his company in honour of King Rama IX, who bestowed him with a surname that translates to “auspicious and prosperous light”.

However, King Power’s monopoly may be under threat when its licence comes up for review later this year. Its concession for Bangkok’s Suvarnabhumi Airport expires in 2020, potentially opening the company to competition for the first time in 14 years.

Aiyawatt and his mother, Aimon, paid a tearful visit to the King Power stadium this week, laying a wreath in the centre of the pitch and hugging club executives and players – with Jamie Vardy and Kasper Schmeichel among those visibly moved by.

The pair were the fulcrum of Leicester’s 2016 title-winning side, one of sport’s most unlikely underdog victories dynamised by Vichai’s massive investment and shrewd decisions.

Just as Aiyawatt was announcing his plans for the future, a harrowing video showing the last moments of his father’s life was widely circulated on the Internet.

The footage shows the helicopter taking some time to make its take-off, then spinning wildly out of control about 40 seconds later. What followed was not shown.