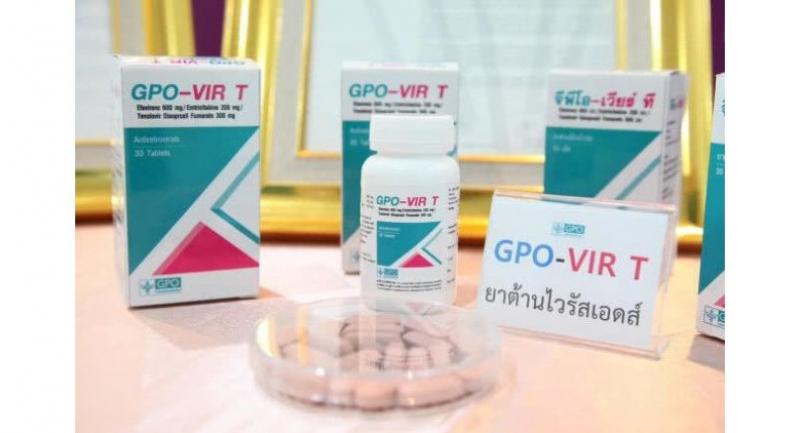 The Government Pharmaceutical Organisation's antiretroviral HIV drug has been endorsed by the World Health Organisation.

Sophon Mekthon, chairman of the GPO board of directors, said Efavirenz 600mg was put on the WHO prequalified list of HIV drugs in August.

This means Efavirenz has been certified as safe and effective and international organisations of the UN, such as Global Fund and UNICEF, can buy the drug. Sophon said the Efavirenz is the first Thai antiretroviral drug and the first in Asean that has been put on the WHO prequalified list.

He said the Efavirenze is necessary for people with HIV as it is the first line regimen drug prescribed once a person has tested HIV positive.

Sophon added that some 80,000 people with HIV in Thailand are using Efavirenz 600mg to thwart health complications once their immune system deteriorates. He added that the GPO drug could be a more affordable HIV drug for other Asean nations.

Sophon said the GPO is now in the process of registering a drug patent for Efavirenz to be exported to the Philippines. He expects that the Philippines will move forward with an order of the drug worth Bt50 million.

Mukdawan Prakobwaithayakij, deputy director of the GPO, said the organisation has been developing Efavirenz for 16 years before it was certified by the WHO to have the same standard of quality as the original drug.

Mukdawan said the imported drug sold for over Bt1,000 per bottle but now the price has dropped to Bt180 per bottle.

She said Efavirenz was made at the GPO drug manufacturing plant Phrase 1 in enough quantity for use in Thailand and for export.