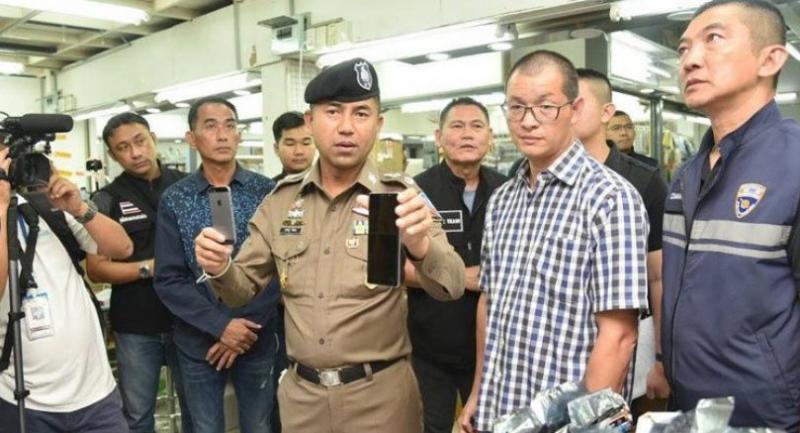 “Another suspect, Ekawit Lakpetch, is a Thai, and he has identified himself as the owner of one of the shops,” Surachate said.

He said Ekawit’s shop was full of items violating laws on trademark, customs and other areas.

Ekawit and Zheng Yihong, a Chinese national found working at the shop, face at least six charges, he said. Since violations of intellectual property rights are also crimes under anti-money laundering statutes, their assets could also be seized.

Illegal workers found working at 17 other shops at Sua Pa Plaza face charges of working without permits and their employers will be summoned to face charges too.