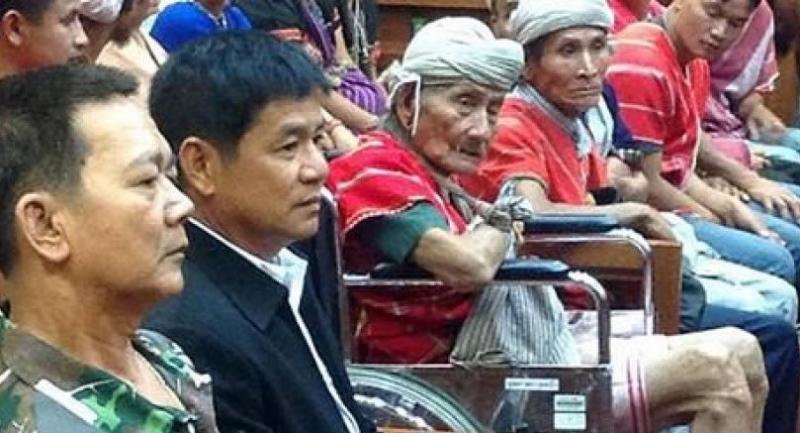 Several human rights organisations have demanded that the government allow ethnic Karen to return to their old community site inside the Kaeng Krachan National Park.

ENLAWTHAI Foundation [EnLAW], Community Resource Centre Foundation (CRC), Human Rights Lawyers Association (HRLA), and Cross-Cultural Foundation (CrCF) are among the many organisations speaking up for more than 100 Karen-ethnic residents who were evicted from their long-time settlement inside the park.

“The government should rehabilitate the ethnic Karen in Ban Bangkloy Bon Jai Phaen Din by restoring them their community rights. They should be allowed to return to live in Ban Bangkloy Bon Jai Phaen Din to maintain their traditional way of life strictly in accordance with the Cabinet resolution on August 3, 2010 regarding the policy for the restoration of the traditional way of life of the ethnic Karen,” they said on Sunday via a jointly released statement.

According to locals, officials from the Kaeng Krachan National Park forcefully evicted them from their land in Ban Bangkloy Bon Jai Phaen Din, the community in which they had been living and earning their livelihood for generations, in 2011. During the operation, the locals’ houses were burned down.

The following year, Ko-i Mimi, aka Grandpa Ko-I, and five other locals lodged a complaint against the officials.

Earlier this year, the Supreme Administrative Court ruled that the government officials’ actions against the community were unlawful and ordered the government to compensate for the burning of the houses belonging to Grandpa Ko-I and the ethnic Karen community by the authorities.

Human rights activists, so far, have found that relevant authorities are yet to comply with the court ruling. They have also received reports that the director-general of the Department of National Park, Wildlife, and Plant Conservation had instructed his officials to report the case to the Kaeng Krachan Police Station, Kaeng Krachan district, Phetchaburi province against ethnic Karen, including descendants of the late Ko-I and five other persons.

The organisations released a joint statement demanding that the authorities immediately halt any attempts to prosecute, in civil and criminal suit, Ko-I’s descendants and five other plaintiffs.