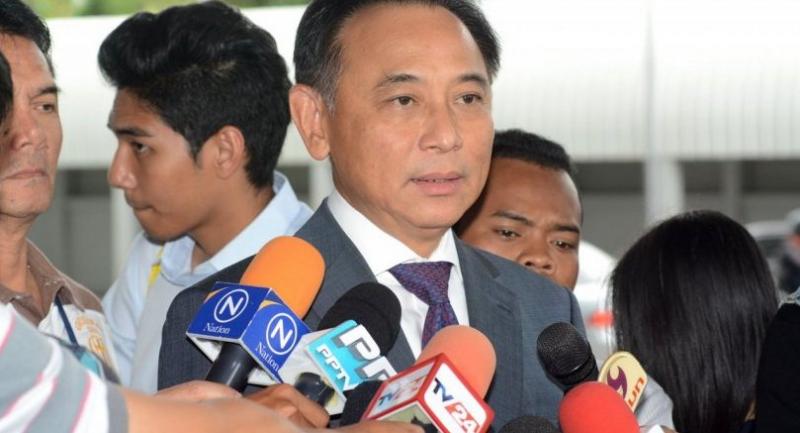 ACM Prajin, who oversees the Department of Corrections, said the agency reported to him that Boonsong has fallen ill from an intervertebral disc disorder that requires immediate surgery at the Police General Hospital.

“His slipped spinal discs pose a danger. Without proper treatment, he could become partially or completely paralysed,” he said.

Naras Savestanan, director-general of the Department of Corrections, said yesterday that doctors from the Police General Hospital, who regularly examined Boonsong, have suggested an operation to treat his disorder.

“His condition is rather severe. The hospital run by the Department of Corrections is not equipped well enough to deal with his case, so Boonsong needs to get his operation at the Police General Hospital,” Naras said.

He also said that Boonsong had underdone physical therapy for a long time to treat this problem related to spinal discs. However, a check with the hospital showed no appointment for Boonsong’s operation.

According to a source, Boonsong has undergone regular examinations at the hospital.

Boonsong, 58, was sentenced by the Supreme Court’s Criminal Division for Political Office Holders in August last year to 42 years’ in prison for his involvement in irregularities, in which state-owned rice was supposed to be sold to China in a government-to-government deal.

The rice was never exported to China but ended up in the hands of a private company with connections to government figures.

The supposed rice sale to China stemmed from the previous government’s rice-pledging scheme, in which rice was bought from farmers at rates well above the market price.

Yingluck Shinawatra, who headed that government, fled the country just days before the court was scheduled to read its verdict in a related case against her that also stemmed from the corruption-plagued populist project.

In September last year, the court sentenced former prime minister Yingluck in absentia to five years in jail for negligence that led to the corruption.