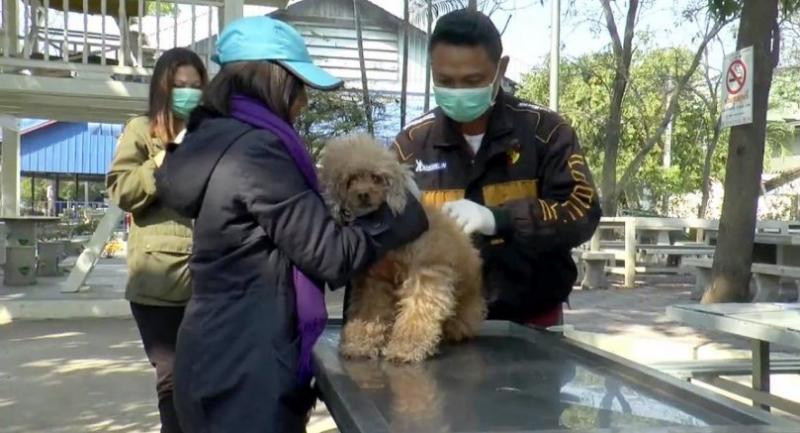 Authorities are giving rabies vaccines to cats and dogs within a one kilometre radius of where a stray puppy dog bit a seven-year-old boy and his father in a college compound in Tambon Bua Thong of Buri Ram's Muang district on Monday. The three-month-old puppy, which was captured and caged, developed a fatal seizure and died a day after it bit Wongsakorn Reungpaisal, 7, in the stomach and his father Somsak Reungpaisal, 41, on the left leg.

Officials also rounded up several stray dogs that might have been in contact with the puppy. They will be caged for a month and vaccinated to see if they develop rabies symptoms. Buri Ram livestock development official Photpirat Niamjui said on Thursday that officials had launched a fact-finding probe and co-ordinated with the respective local administrative body to vaccinate all pet and stray dogs and cats within a one-kilometre radius from the scene.

He said the authority was still waiting for the result of tests to confirm the cause of the puppy's death.

He said the injured father and son seemed fine and had already been given anti-rabies vaccinations.

Somsak said that the puppy had previously been bitten by another stray dog.

In a separate case, a pet dog bit a five-year-old girl in Khon Kaen's Muang district on Monday. District chief Chatchai Ooncharoen visited the girl on Thursday. She sustained 20-stitches to wounds and was given the anti-rabies vaccine at Sirinthorn Hospital in Ban Hat district.

The dog that bit her is now placed on a 10-day watch to observe for possible symptoms of rabies. The dog's owner visited the girl at the hospital and provided the girl's mother with a sum of assistance money and promised to help cover the girl's medical expenses.