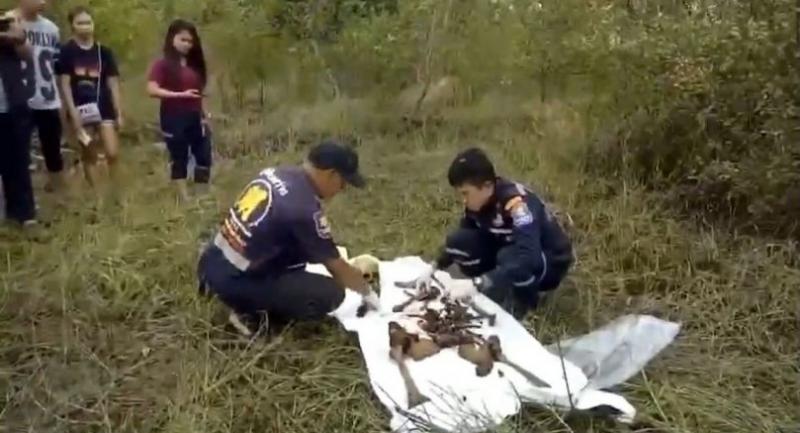 Human bones were found in a field in Prachin Buri's Prachantakham district on Thursday morning. The Prachantakham police station was alerted at 9am that a villager found the bones near a pond in Moo 6 in Tambon Dong Bang.

A skull, body and leg bones were found facing upwards and in a camouflage military shirt and shorts.

A doctor determined that the bones appeared to belong to a man who died at least a year ago.

Pichai Nuekrak, head of the Moo 6 village, said no villagers had disappeared so he believed the man might be a migrant who went to cut vines to sell to furniture shops. Pichai said he might have been bitten by a snake.

The bones were sent for identification at the Police Hospital.