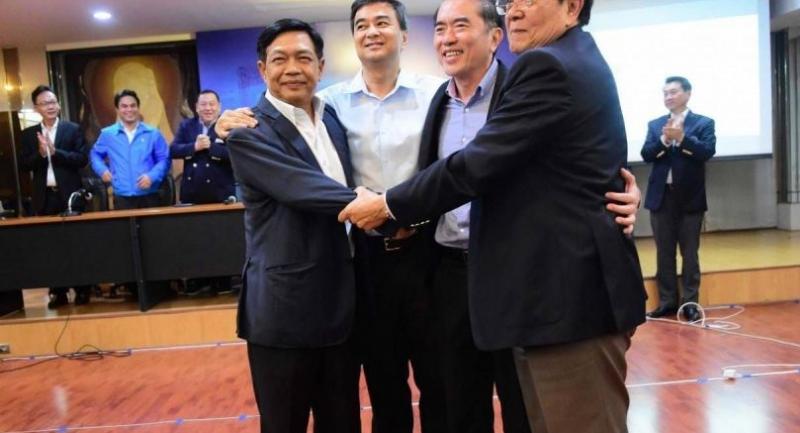 Abhisit Vejjajiva has won primary voting to retain leadership of the Democrat Party after being challenged by Warong Dechgitvigrom and Alongkorn Ponlaboot.

Abhisit won 67,505 votes from Democrat members from across the country, while Warong and Alongkorn received 57,689 and 2,285 votes respectively.

Read also: Does it matter who leads the Democrat Party? The official results were announced on Saturday.

The Democrats held a primary vote last week, the first time ever that a Thai party has selected its leader with input from its members.

It is widely known that Warong is the nominee of ex-protest leader Suthep, who led a protest against the Yingluck government and showed strong support for junta leader Prayut Chan-o-cha to become the next prime minister.

Abhisit's win could also shatter the dream of the pro-regime Palang Pracharat Party to have an alliance with the Democrat Party in forming the next government to support junta leader Prayut becoming the prime minister. The Democrat Party will hold its first general assembly on Sunday and will vote on a new executive board as well as a leader. Although primary voting is not a final decision, it is traditional that the voting on Sunday would follow the trend.

Warong, who had been considered a strong candidate against Abhisit, wrote on Facebook that he accepted the results and would work alongside Abhisit for the party as well as the country.