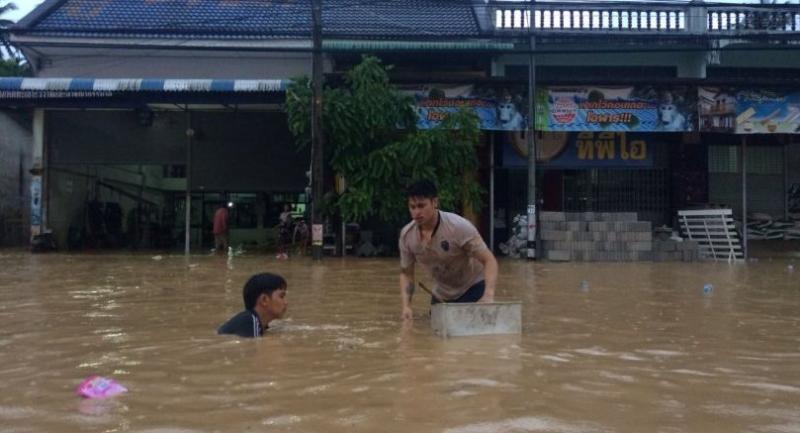 Rescue workers on Monday braved floodwaters to evacuate 21 people who were marooned and had been starving for three days in a valley of the Tanaosri mountain range in Prachuap Khiri Khan province.

The eight men, 12 women and a child had gone to the valley in Bang Sapan Noi district for farming on November 8 and had carried just enough food for a day. However, they were marooned after three days of heavy rainfall that caused flooding. They were brought out safely on Monday after one of the villagers swam through the floodwaters to call for help.

Meanwhile, the floodwaters in Bang Sapan continued to recede, leaving only some low-lying homes under water. All roads leading to 14 southern provinces were currently passable but motorists passing through Phetchkasem Highway’s 386km marker were required to use a right-side road diversion to avoid the flood-damaged Sapan Wang Yao bridge.