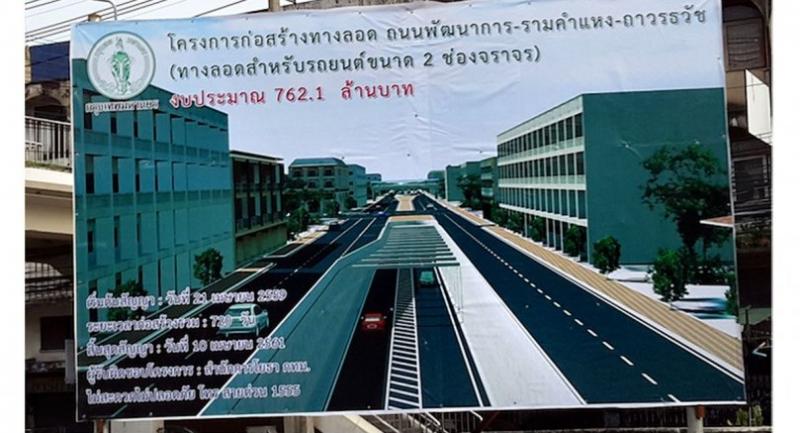 He said the tunnel linking Srinakharin and Romklao roads along the Krungthep Kreetha road will open to traffic on December 5.

Jakkraphan said the construction is more than 86 per cent completed, with only the walls needing to be finished and sound-absorbing fences put up.

All systems in the tunnel will be tested on November 20, he added.

Jakkraphan said the long-delayed Pattanakarn-Ramkhamhaeng-Thavornthat tunnel is now about 60 per cent completed, but the BMA and the contractor are confident it will be done in time for opening early next month.

The deadline for completion of 940-metre-long tunnel has been extended twice. It was first scheduled to be completed on April 10, then extended to October 11 and again to February 2019.

Jakkraphan said the BMA’s Public Works Department has been assigned to advise the contractor on how to overcome obstacles and speed up construction.

The tunnel should be opened for use next month, he said, but will not be fully completed until February. Initially it will open to traffic from 5am to 11pm. The contractor will work at night to put the finishing touches on the project, Jakkraphan added.