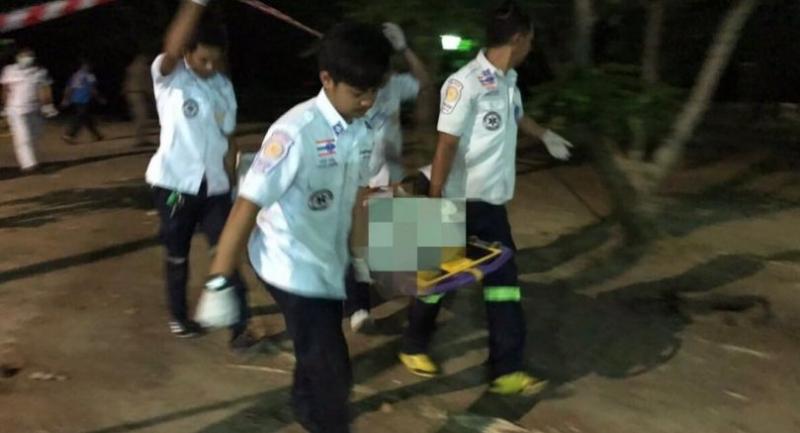 Police are trying to identify the body of a man who was found suspended from a tree near Saphan Hin in Phuket Town on Tuesday morning.

Police and rescue workers arrived at 5am to find the body of a man, aged around 35-40 and 160-170 centimetres tall, hanging from a tree. They found an old table and a pair of shoes nearby.

No identification documents were found on the body or around the area.

Police believe that the man died at least two hours before the body was found. The body was taken to Vachira Phuket Hospital.

Locals told police that no one knew who the man was and that they had never seen him before.

Police are trying to identify the deceased, who they think may have had personal problems.