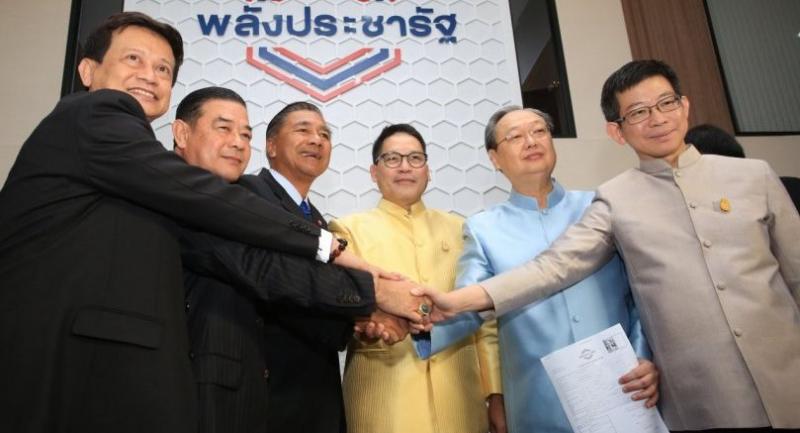 A new political party viewed as pro-junta attracted more than 120 new members when it started accepting membership applications on Tuesday.

A total of 121 people applied to become members of the Palang Pracharat Party on the first day of application, said the party’s registrar, Vichien Chavalit.

Three Cabinet members who earlier were elected by a general assembly of the party as its executives were among people who applied to become lifetime members of Palang Pracharat.

A fourth Cabinet member who is an executive of the party, Science and Technology Minister Suvit Maesincee, was not present on the first day of application at the party’s headquarters in Soi Ratchadaphisek 54 of Bangkok’s Chatuchak district.

A number of well-known figures were among those who submitted their applications.

Former MPs from different political parties also were among the applicants.

More celebrities and “big names” from certain circles are going to apply later this week, according to a source familiar with the matter.

Uttama, the party’s leader, said at its HQ that Palang Pracharat had yet to invite Prime Minister Prayut Chan-o-cha to become one of its candidates for the next head of government.

“The party will nominate the persons we believe are suitable [to become prime minister]. Please wait and see if there will be any surprises,” Uttama said.

“For me, General Prayut is suitable to lead the country. But the final decision will rest with the party members,” he added.