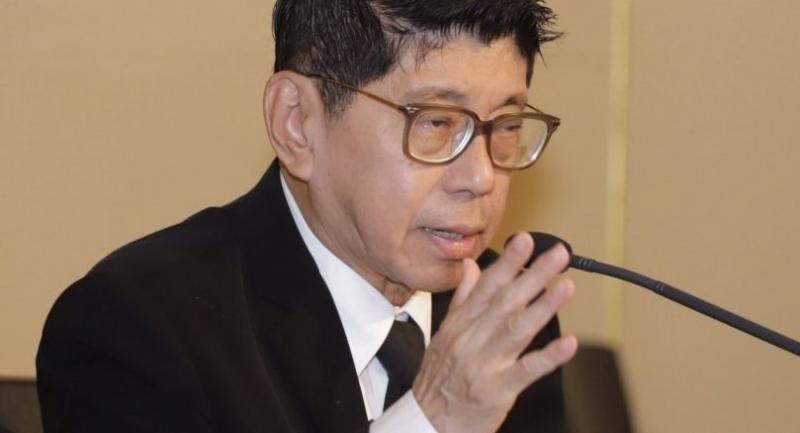 THOUGH senior government figures maintained yesterday that the next election will be held as early as February 24, they did not rule out the possibility of a delay.

Their remarks came after Election Commission (EC) secretary-general Jarungvith Phumma refused to confirm the tentative date on Monday, which has in effect fuelled speculation that the national poll will be put off.

However, Deputy Prime Minister Wissanu Krea-ngam pointed out yesterday that the government had not mentioned any other date apart from February 24.

“So far there has been no cause to postpone [the election]. Other sides have talked about several possible causes, but the government has never done so,” Wissanu, who is in charge of the government’s legal affairs, said at Government House.

When asked if the election calendar he announced last week meant there was no chance of a delay, he said: “Don’t assume the calendar will make a delay impossible. Whether it is possible or not is another matter.”

However, he added, that the calendar would not have been announced if the government knew beforehand of the election getting delayed.

Wissanu also dismissed concerns by many politicians that the EC’s failure to complete the designation of constituencies would result in the election getting delayed, saying it still has time to complete this job before the new law on MP elections goes into effect on December 11.

Deputy Prime Minister and Defence Minister General Prawit Wongsuwan said yesterday there were no security concerns that could delay the national vote.

He told Government House reporters that the schedule still followed what the EC secretary-general had said.

“[Jarungvith] said the EC was ready to organise an election from February 24 onwards. So, that’s that,” the deputy PM said. “As of now, there are no factors for an election delay.”

However, he did not rule out the possibility of “an emergency” affecting the schedule.

“I don’t know if there will be any emergency in the future, but so far things are still fine,” said Prawit, who is in charge of security affairs and also a leader of the ruling National Council for Peace and Order.

Jarungvith reiterated his earlier remarks yesterday, saying the EC was ready to hold an election any time between February 24 and May 9, the 150-day timeframe after the new law on MP elections goes into effect on December 11.

“Whether the election is held on a date later than February 24 depends on the five existing election commissioners, who have the authority to set the date,” he said.

Meanwhile, Democrat Party leader Abhisit Vejjajiva yesterday called on the EC and the NCPO to clarify whether they were sticking to February 24 as the election date. “This is for the sake of people’s confidence in the country,” he said.

The ruling junta is empowered through its own order to “work with” the EC in scheduling the next election.

Abhisit, who was just elected for another term as Democrat Party leader, disagreed with suggestions that the election be delayed because certain new political parties were not ready.

“There are new parties before every election. Do we really need to keep postponing the election so everybody is ready?” the veteran politician asked.

Pheu Thai Party also demanded yesterday that the election be held on February 24, especially since Prime Minister Prayut Chan-o-cha had told international leaders of the date at the recent Asia-Europe Meeting in Belgium last month.

“Thai people are waiting for the next election and are actively preparing to exercise their voting right on February 24,” Pheu Thai spokesperson Ladawan Wongsriwong said, as she called on the EC to announce whether the election would be held on that day.

She also said that “it is not right” for the EC to not be specific about the election date, adding that certain parties’ lack of preparedness should not be a reason for the election to be delayed.