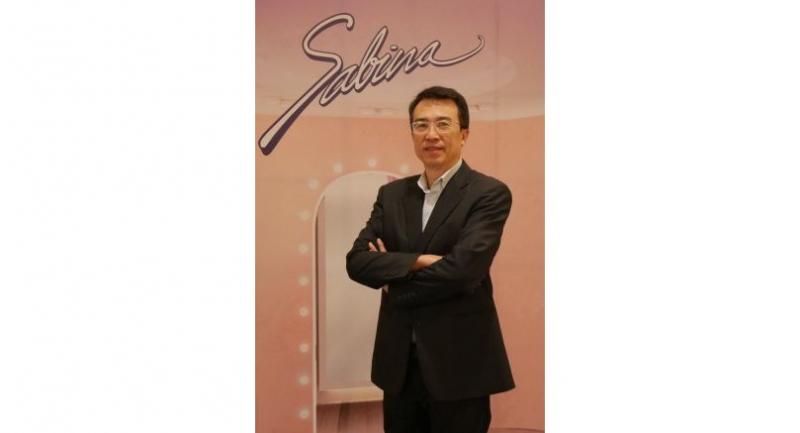 Sabina has announced its results for the first nine months of 2018, highlighting revenue of Bt2.3 billion, a rise of 16.14 per cent and higher than the full-year growth target of 15 per cent, and a net profit growth rate of 49 per cent.

This good results were achieved principally due to the introduction of a new presenter for the “Doomm Doomm” collection and a new advertising spot designed to motivate purchases. The firm also posted 161-per-cent growth for online sales, which reduced its expenses by allowing for promotion campaigns tailored for a more focused target audience with real purchasing power.

Bunchai Punturaumporn, chief executive of Sabina, revealed the company’s nine-month results, noting a total revenue figure of Bt2.32 billion, a 16.14 per cent year-on-year and a net profit figure of Bt286.12 million. He added that revenue and net profit growths were driven by the impressive growth in online sales and by the introduction of Pimchanok “Baifern” Leuwisetpaiboon as Sabina’s new presenter for the “Doomm Doomm” collection of lingerie.

“It is normal for purchase volume to pick up during the introduction of a new presenter or a new advertising spot. What we also have this year is better-than-expected growth in online sales. Online selling has proved more cost-effective in terms of promotion campaigns,” he said.

The CEO added that Sabina’s other three platforms also generated revenue growth: 7.6 per cent for retailing (the company’s main marketing platform), 29 per cent for Sabina exports and 44.5 per cent for OEM.

Sabina executed its export strategy for CLMV markets (Cambodia, Laos, Myanmar and Vietnam) very efficiently, closely monitoring the sales structures of its local partners, including in the areas of product selection and selling points, and ensuring punctual delivery. The sales growth rates for the CLMV markets were therefore satisfactorily high and contributed greatly to Sabina’s achievement of the stated growth targets.