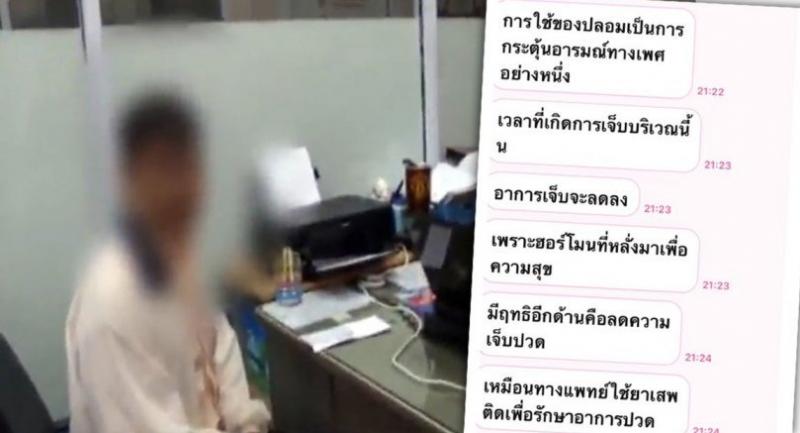 A DOCTOR in his early 50s has been charged with rape and committing an indecent act after being accused of raping a 29-year-old female patient with a “phallic object” wrapped in a condom during a gynaecological check-up at a clinic in Nakhon Sawan’s Muang district.

Deputy superintendent Pol Lt-Colonel Booncherd Chanmanee said the unnamed doctor, who was present at the police station to hear the two charges yesterday afternoon, denied wrongdoing and insisted he would only testify in court.

Police will now gather evidence, including the result of the victim’s medical examination at Police General Hospital, he said, adding that it was a case in which the accused and the victim could settle the dispute privately. According to the complaint, the 29-year-old woman, who works at a local authority office, had been suffering from severe stomach pain when she sought treatment at the accused doctor’s clinic on September 5.

During the “examination”, she says the doctor rubbed his genitals against hers and tried to kiss her on the mouth, and she had to push him away three times before he withdrew.

On September 21, the victim again sought treatment at the clinic and underwent a further gynaecological check-up. This time, she alleged, the doctor inserted a tool into her, resulting in pain and numbness, before he raped her for 15-20 minutes. It was then, the woman says, that she felt humiliated by the sexual violation and decided to pursue criminal charges against the doctor.

The woman’s lawyer, Saranya “Nida” Wangsukcharoen, said the doctor offered her client Bt50,000 to settle the case but she had rejected the offer and vowed to pursue charges against him.

In a Facebook post yesterday, Saranya also attached a screenshot of a Line chat message between the female patient and the doctor purporting to show the doctor’s explanation and the pay-out offer.

When the patient asked why the doctor had inserted the object, he replied that it was regarded as a sexual arousal technique used to reduce pain in the affected area through the release of a “happiness hormone”, similar to the use of a narcotic substance to treat pain.

Referring to the Bt50,000 proposed settlement offer, the doctor allegedly wrote: “This amount wasn’t meant to look down [on the patient] … [as] “there is a pleasure felt deep inside the heart”.