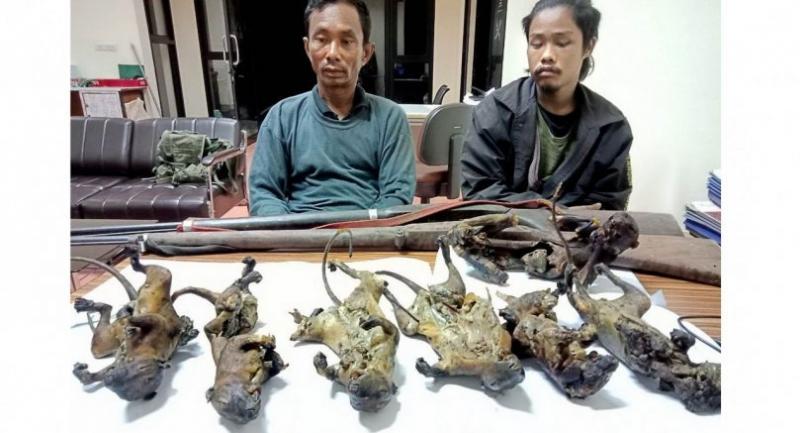 A Myanmar man and a teenager have been arrested for allegedly poaching in a Kanchanaburi province national park. They were named as Lin, 38 and a 14-year-old boy, who live in a border village in Tambon Tha Khanoon, Thong Pha Phum. The officials seized the carcass of a slow loris, and six squirrel carcasses. The animals’ internal organs had been removed and the carcasses preserved by being baked dry.