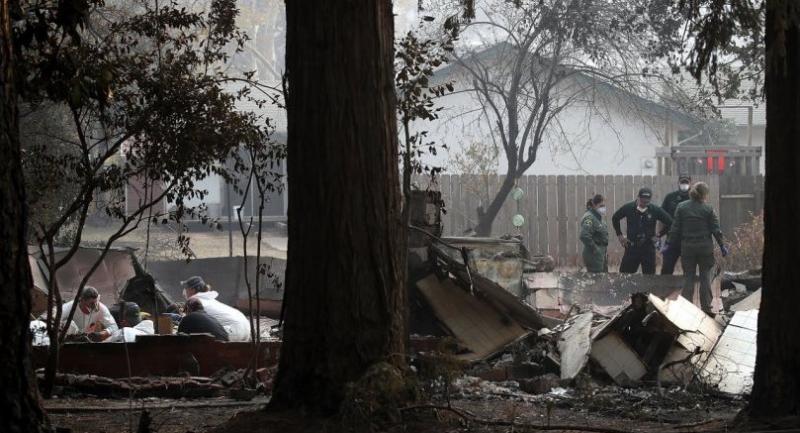 Sheriff deputies and rescue workers recover human remains from a home destroyed by the Camp Fire on November 16, 2018 in Paradise, California./AFP

The number of people missing in a devastating wildfire in northern California jumped to more than 1,000 on Friday, authorities said, as the remains of eight other victims were found by rescuers.

Butte County Sheriff Kory Honea said the number of missing had soared from 631 on Thursday to 1,011 on Friday as more reports of missing were being sent in and as emergency calls made when the fire broke out on November 8 are being reviewed.

The eight additional victims brings to 71 the number of people who have died in the so-called Camp Fire.

Three other people have died in southern California in a another blaze dubbed the Woolsey fire.

Honea underlined that the list of missing was constantly fluctuating and it did not mean that all those on the list were presumed dead.

"I want you to understand that this is a dynamic list," he said.

"The information I am providing you is raw data and we find there is the likely possibility that the list contains duplicate names," he added.