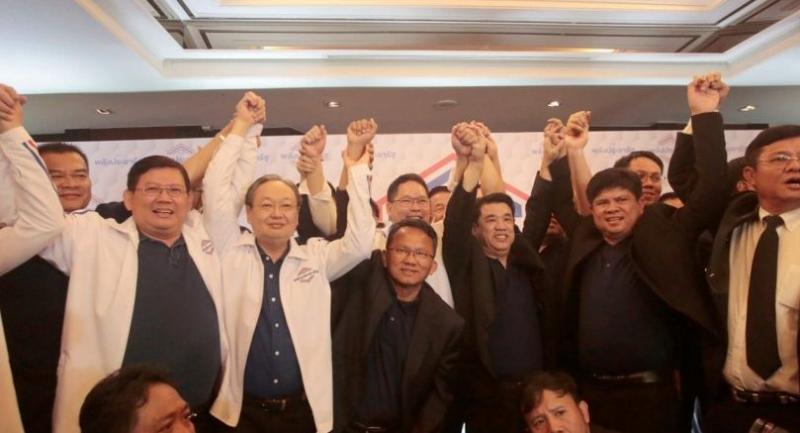 The Sam Mit (Three Friends) group has finally joined the pro-junta Palang Pracharat Party to contest in a general election scheduled for next February.

The group led by veteran politicians Suriya Jungrungreangkit and Somsak Thepsuthin on Sunday brought around 60 former MPs and former local politicians to apply for party membership of Palang Pracharat Party at the party’s general assembly.

Suriya said he was invited by a respected senior person with whom he had worked in the now-defunct Thai Rak Thai Party to join Palang Pracharat.

“He told me that a new party is needed [to be founded] as an alternative for voters so that the country could tide over past conflicts and resolve the political crisis,” Suriya said, without elaborating who that person was.

It is widely believed that Palang Pracharat Party has been formed to enable Prime Minister Prayut Chan-o-cha to return as premier after the next election.

Suriya also announced the dissolution of his group after joining the new party.