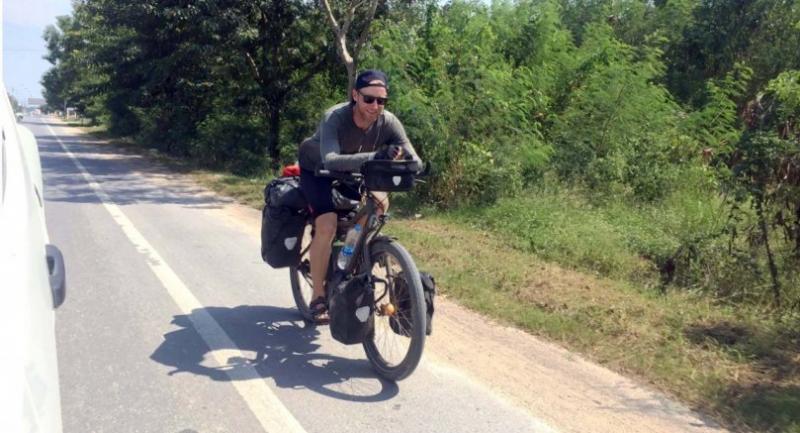 By Wattanapol Matcha
The Nation

A 28-year-old Dutchman has reportedly completed a 17,900-kilometre cross-continent bicycle ride from the Netherlands to visit his 58-year-old father, who lives in Thailand. The 10-month and four-day journey, which began in mid-February, ended for William Coniris as he arrived his father Paul Coniris’s home in Suphan Buri’s Mueang district on Monday, after three years of not having seen each other.

Having worked in the field of meteorology in his home country, the man said the journey passing through 28 countries had exposed him to new things and different scenes that would be inspiring for his work when he returned home. The Dutch cyclist recalled that he had stayed overnight along the way in a tent and spent about five to six hours cycling every day.

He said the most frequently occurring issue was a shortage of drinking water and food, as some countries did not have many shops on their roads.

In Thailand, however, there are so many shops and people are friendly, he added with a smile.

Coniris will travel back home on November 27, after what has been his third visit to the Kingdom.