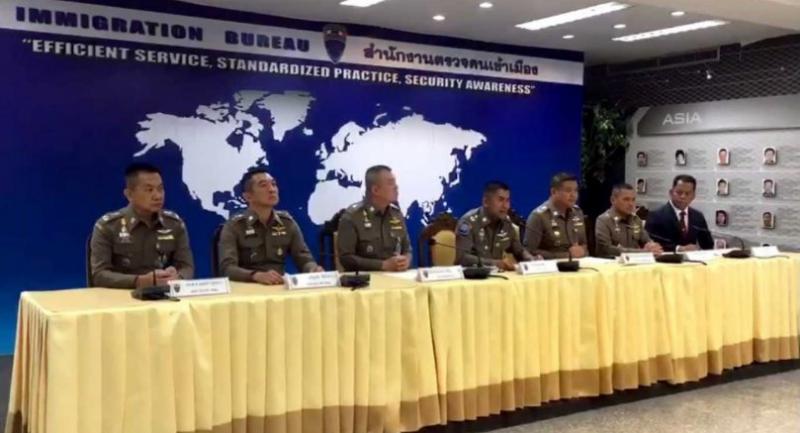 Surachate handed over Lee Chong Giap, 60, to Yusni Mohammad Jamil, a police attache to the Malaysian Embassy, at a press conference at the Immigration Bureau.

Yusni thanked Thai police for arresting and handing over the suspect.

Lee entered Thailand most recently on October 20 via the Sadao checkpoint in Songkhla and was granted an entry visa to stay until November 18, said Surachate.