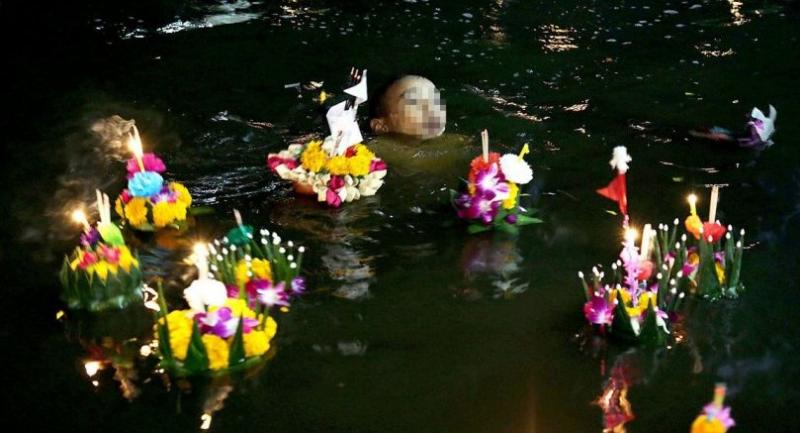 The number of deaths by drowning a day before, during and the day after Loy Krathong over the past decade (2008-2017) stood at 380 – 25 per cent or 94 cases of which were children under age 15, Dr Sukhum Kanchanapimai, permanent secretary of the Public Health Ministry, said on Tuesday.

On Loy Krathong Day, the cumulative deaths by drowning over the past decade stood at 145, with 43 being children under 15.

Hence, the ministry has instructed its agencies to raise public awareness about the risk of drowning during the festival. Loy Krathong is traditionally marked across the nation by releasing flowery floats in rivers and other water sources as an apology to the River Goddess and to rid themselves of bad luck.

Parents and guardians will be told to keep a close watch on children, so they do not get too near or bend too far over the edge of water to collect floats or coins placed in floats, which can lead to the child falling over, Sukhum said.

He added that alcohol was also often the cause of adult drowning.

Health officials were also told to get ready to handle an increase in road accidents as well as injuries from fireworks, he said. Dr Suwannachai Wattanayingcharoenchai, director-general of the Department of Disease Control, has also urged parents to keep small children within sight and reach, and teach them to blow a whistle when they are in trouble.

He has also told people to wear life jackets when on boats, and urged boat operators to adhere to safety rules and not overload their vessels.

Loy Krathong event organisers have also been told to set clear points where the floats can be released, to set up warning signs and fences to stop children from falling into water and to keep equipment at hand to rescue victims.