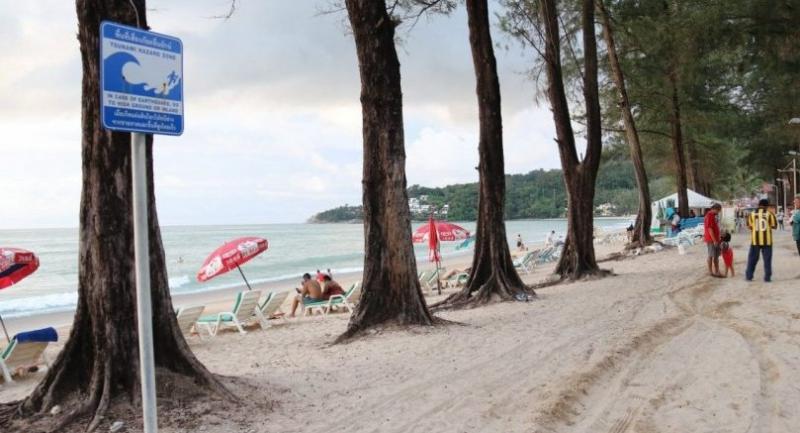 DESPITE THEIR fierce business competition, major TV stations have joined hands to boost tsunami warnings and crisis reports, so as to prevent future disasters.

Representatives from major TV stations came together today to draft the “Andaman Declaration”, named after the coast of Thailand that was devastated by the 2004 tsunami.

The alliance aims to boost warnings and response efficiency and reduce the number of casualties if such a natural disaster hits Thailand in the future. The 2004 tsunami claimed as many as 5,395 lives in Thailand.

The cooperation pact will include sharing footage, reports, staff and facilities, he added. A declaration of the agreement will be officially announced on December 26, to commemorate the 2004 tsunami.

“Knowledge means a greater chance of survival,” said Maitree Jongkraijug, a community leader in Ban Namkem, Phang Nga province, which was hit hard by the 2004 tsunami.

His village suffered as many as 4,900 deaths, including that of Maitree’s father.

In addition to ensuring timely early warnings, Maitree urged the media to report on the difficult lives of survivors and to avoid hurtful interviews.

Orie Sugamoto, a correspondent for Japanese broadcaster NHK at the General Bureau of Asia, said one of her company’s guidelines is to refrain from showing footage of the tsunami itself on-screen unless necessary.

“To survivors, these pictures may remind them of the deaths of their friends and families,” she said.

Japanese media work tightly with the country’s meteorological agency and are able to instantly respond to earthquakes.

The news agency receives warnings of earthquakes and subsequent tsunamis directly from the meteorological agency and can immediately broadcast an evacuation call.

In contrast, the information is first screened in Thailand by the National Disaster Warning Centre before being released to the media. According to Surachai, the Thai procedures must be rethought.

Supaporn Phokaew, a Chulalongkorn University communication arts lecturer, said the media must also inform people about the step-by-step evacuation guidelines. She is charged with writing the Andaman Declaration.

The alliance also aims to empower the local community to better respond to disasters. Starting from next year’s anniversary onwards, the Phang Nga-Phuket International Marathon will take place on Tsunami Remembrance Day on December 26, in honour of the lives lost.

Funds raised from the run would be used to purchase and maintain community radio, communication tools and related facilities to help locals and tourists evacuate to safety in the event of a future tsunami.

The international marathon will be organised by Thai PBS, Office of the National Broadcasting and Telecommuni-cations Commission, the United Nations Development Programme and Thai Red Cross Society.