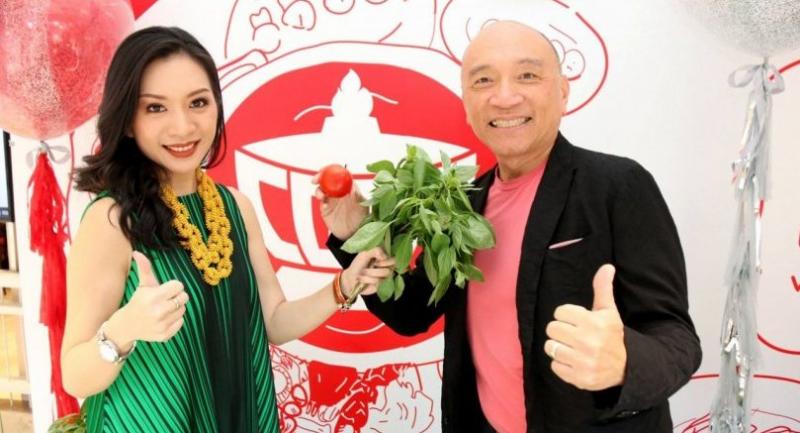 Coca Holding International has invested more than Bt15 million in the makeover of its Coca CentralWorld branch, to kick off the new third-generation management that will offer something for all customers and lifestyles, the company said on Tuesday.

Under this new look, the sukiyaki restaurant also emphasises global conservation under the “Coca Sustainability” scheme, which is in line with the new management’s strategy and tight collaboration with its subsidiary, Coca Boutique Farm.

The Coca CentralWorld branch will officially open on November 28.

Nataree Panpensophon, a new-generation businesswoman and the third-generation Coca Suki heir who has taken the helm from her father, Pitaya Panpensophon, as chief operating officer of Coca Holding International, said the first Coca restaurant at CentralWorld under her management would totally abandon the old look with an unexpected new image, but remain in line with the global conservation concept under the new management policy.

“In the past, people tended to eat out because of the quality and taste of the food more than the decoration and conveniences of the restaurant, but nowadays, deliciousness is not only the key, as the place needs to be nice with full conveniences as well the good taste, services and environment that do not make customers feel rushed – and this New Coca CentralWorld branch accommodates those demands,” she said.

“We will continue to serve the legendary Cantonese sukiyaki dish that is guaranteed as the first and only original delicious sukiyaki ... The deliciousness of Coca Suki is not only limited to Thailand but also overseas, which includes the original soup recipe that has its own identity along with the seasonal raw materials that also support farmers in particular areas under the ‘Coca Sustainability’ policy.

“Coca’s chefs delicately choose the materials and adapt with the Coca menu. Moreover, Coca proudly presents a fresh dim-sum menu from a Hong Kong chef for Thai consumers to taste the deliciousness without having to go all the way to Hong Kong,” she added.

The business is following the “60’s is the new 20’s” new restaurant concept, which is minimalist with large space and accommodates all target groups and lifestyles from family, friends or singletons to be part of Coca community.

Coca has developed services that will provide more convenience for customers, with wireless mobile-phone charging and USB at every table.

Also, for customers who prefer a cashless society, the new branch offers financial innovations with various payment applications, which include QR Scan for commercial banks, as well as overseas banks through Alipay Wechatpay.

Moreover, there will be an official launch of Coca Boutique Farm at the November 28 event, as a major part of the Coca restaurant network that focuses on organic products.