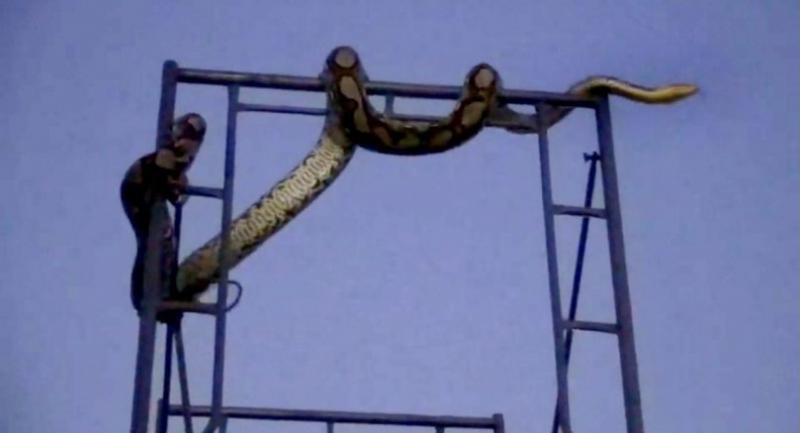 A 5-metre-long python appeared on the wall of a public park in Chon Buri’s Muang district early on Wednesday to greet people who came out to exercise before it was captured by officials.

The python, which weighed about 40 kilograms, slid up the metal scaffold of the stage set up for a charity run, which is scheduled for Saturday to raise funds for Chon Buri Hospital.

People who came to jog at the park became frightened at the sight of the python and so called a local foundation to send help.

Officials from the Nithi Tham Rassamee Maneerat Foundation worked for about an hour to remove the impressive reptile from scaffolding.

The python will later be released to the wild.